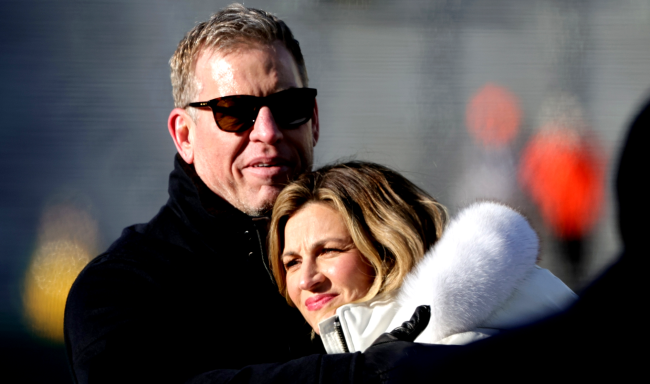 The football and sports media worlds were left a bit stunned when Troy Aikman signed a new five-year deal to become a broadcaster for Monday Night Football for ESPN.

Aikman had been at Fox since 2001 and along with Joe Buck had become one of the best announcing teams in all of football.

Many assumed that Fox would make a staunch effort at re-signing Troy Aikman, but according to the man himself, it was never really that close.

In an interview this week with 1310 The Ticket in Dallas, Aikman revealed, “It is a strange set of circumstances that led me to where I am now and not be back at Fox. And I never would have envisioned that six months ago and so it is strange. When negotiations couldn’t reach, what I felt was fair value, I was able to negotiate an opt-out after six months which allowed me to be a free agent.

“Then Fox never jumped into the game. They never made an offer. I didn’t have any conversations with Fox, until I got a call to congratulate me on my new deal. So that was a decision they made and it’s fine.”

Aikman added, “Some will ultimately say Troy went where the money led him which is not true. Initially, I planned to stay at Fox but as I said that was a decision they made and I went a different route.”

Troy Aikman isn’t the only member of that Fox broadcasting crew who might be making a career change. As she pointed out back in February, Erin Andrews is also now a free agent.

Erin Andrews could be the next Fox free agent to bolt in NFL media frenzy https://t.co/y4Ma4HEC0x pic.twitter.com/ATVCEGtJNF

Even Joe Buck has admitted that he doesn’t know with any certainty what he will be doing in the fall.

“I don’t know where I’m going to be next year,” Buck recently said on his Daddy Issues podcast. “I know Troy’s gone, he’s now at ESPN. I’m kind of in limbo. I’ve got another year under contract at Fox. They have expressed interest in keeping me. They also know that was a big partnership that I had with Troy.”

Throw in Al Michaels’ contract being up at NBC and Amazon Prime Video reportedly wanting him for their new Thursday Night Football broadcasts, the NFL fan viewing experience might be a whole lot different in 2022.