Who Will Replace Tom Brady As Pats QB? Max Kellerman Explains Why Bill Belichick Would Do Wonders With Matthew Stafford 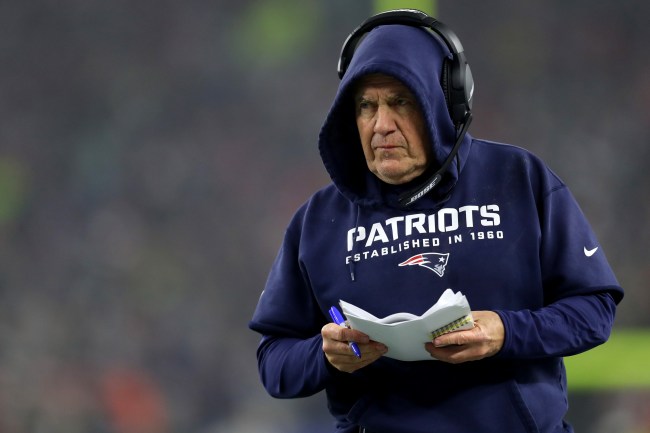 Who will replace Tom Brady as quarterback of the New England Patriots? In an uncertain offseason for the franchise, many fans have found themselves wondering this exact question. Sure, it might have seemed absurd to wonder just last year — when the future Hall of Famer led the team to a sixth Super Bowl title — but here we are, wondering if the GOAT is on his way out of Foxborough.

Over the past few months, Brady’s future has been a steaming hot topic, with plenty of people in the media wondering what might come next for the three-time NFL MVP. From whipping up a trade to the Los Angeles Chargers, or a belief that the Miami Dolphins may be pursuing him, nobody really knows what might come next for the 42-year-old. But, in sports, everyone has an opinion, so let’s keep hearing the predictions.

One guy who is paid to have such opinions is ESPN’s Max Kellerman, who has routinely gone in on Tom Brady over the past year or so, describing why the quarterback is nothing more than a game manager. With Kellerman questioning the skills of Brady moving forward, he offered up a younger replacement who might excel under head coach Bill Belichick — current Detroit Lions signal-caller Matthew Stafford. Here’s why Kellerman sees the former No. 1 overall pick as the perfect replacement in New England.

“They should go get Matthew Stafford. Stafford was great this year until he got hurt. He was great. He wasn’t OK. He was MVP caliber,” Kellerman explained on ESPN’s First Take. “He has always been a top-five talent, and he’s never quite gotten those results. Give him to Bill Belichick, and let’s see what happens.”

To see the full segment, take a look at the video below.

It’s definitely an interesting thought from Kellerman, and could make some sense. Not only would Matthew Stafford bring a younger, fresher perspective to the Pats’ locker room, but, having already seen success in the league, he would earn respect of his teammates as he learned the “Patriot Way” under Belichick. Plus, there are rumors that the Lions may want to trade up in the 2020 NFL Draft to select a quarterback, meaning the franchise may be thinking about moving on from their current face of the franchise.

I'm told the Lions are VERY in play to select a quarterback because of Matt Stafford's health issues. Take that however you want. But that's what these streets are saying.

So who will replace Tom Brady if the Pats do decide to move on? Nobody knows a damn thing what’s going to happen, but it’s the biggest storyline heading into the NFL offseason in a couple of weeks. And, while Max Kellerman has said some really bizarre things in the past, the thought of Matthew Stafford in New England does sound enticing — so we’ll just have to see how this all plays out.