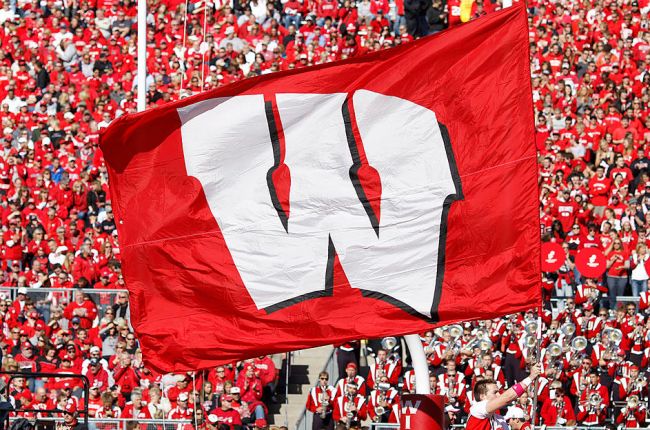 It’s safe to say most Big Ten fans were less than thrilled when the conference announced it was calling off this year’s college football season before backpedaling after realizing some other members of the Power Five declined to follow in its footsteps as it had anticipated, and as is the case with basically every program in the country, its grappled with its fair share of growing pains since play kicked off at the end of October.

However, there’s arguably no team that’s been confronted with more issues than Wisconsin, which secured a win over Illinois in its first game—which could end up being the only one it plays this year based on how things are currently looking. Its contest against Nebraska was canceled after 12 people affiliated with the Badgers tested positive and it looked like there was a chance they were going to have to turn to their fourth-string quarterback ahead of a matchup against Purdue scheduled for this weekend that was also called off.

While there’s no way to predict if it will be able to bounce back as it currently deals with 27 active cases, its season will essentially be all but meaningless if another contest can’t be held, as the Badgers wouldn’t be eligible to play in the Big Ten’s championship game and would have about as good of a chance of making the College Football Playoff as a snowball trying to avoid melting after being thrust into the fiery depths of Hell.

The problems the program is currently facing are a reflection of those currently unfolding at a statewide level, as Wisconsin has recently been confronted with a spike in cases as officials scramble to put together a contingency plan, and on Wednesday, Dan Patrick revealed a source has told him there’s a possibility Camp Randall Stadium could be turned into a literal field hospital if the Badgers can’t cross the six-game threshold and the curve fails to flatten in the coming weeks.

DP from a source on Wisconsin: "If they can't play 6 games, there's a good chance with the state spiking in COVID cases they shut down. Camp Randall could serve as a possible field hospital." pic.twitter.com/kD3MQMyFQm

As far as worst-case scenarios go as it relates to the current state of college football, that’d be pretty hard to top but I guess we’ll just have to wait and see how things ultimately play out.