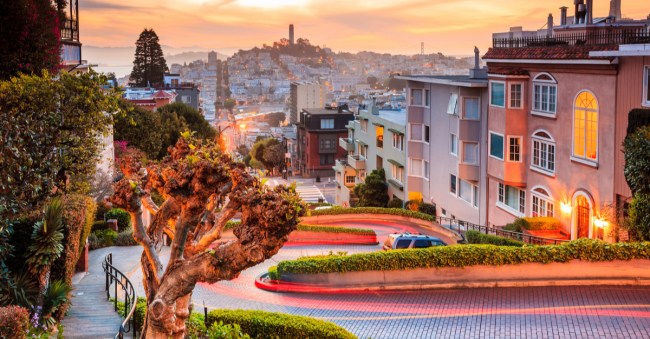 Of the 100 most expensive zip codes to buy a home in America in 2017, according to real estate database PropertyShark, 96 of them were located in just two states, with one state of those states containing a whopping 77 of them. Take a wild guess which state that was.

If you said California give yourself a treat because for the second year in a row (and up from 72 in 2016) the Golden State had a vast majority of the most expensive zip codes in the country.

Here’s how PropertyShark comes up with their rankings…

We consider our report to be the most accurate benchmark of the country’s most exclusive areas as we are the only publisher who is analyzing closed sales prices and not asking prices. This allows us to avoid presenting inflated prices that are the result of luxury listings lingering longer on the market and which are frequently the subject of hefty price cuts. Conversely, in some highly competitive markets like Silicon Valley and San Francisco where bidding wars are the norm, average asking prices may be lower than what people end up paying to own a coveted piece of real estate.

Got all that? Okay, good.

Coming in second on the list was the state of New York with 19. This means California and New York accounted for an astounding 96 of the 100 most expensive places to buy a home in 2017.

Eight other states also managed to crack the top 100. Washington, Massachusetts, Connecticut and New Jersey each had two zip codes on the list, while Colorado, Nevada, Maryland and Hawaii had one zip code each.

Here’s a few more staggering facts for you…

At city level, San Francisco leads the way with 9 zip codes present in the top 100 – however, the highest-ranking San Francisco zip code, 94118, only comes in at no. 42. Zooming out to county level, Los Angeles County wins, ranking with 18 zip codes. It is followed by Santa Clara with 15 zip codes, which is rather unsurprising given the sky high levels prices have reached in Silicon Valley. When adding San Mateo County to the mix, Silicon Valley has 25 zip codes in the top, while the entire Bay Area claims a total of 45 zip codes among the nation’s priciest.

So how much are money we talking here? The answer is A WHOLE FREAKING LOT.

The most most expensive zip code on the list was 94027 in Atherton, California at an eye-popping median home sale price of $4.95 million.

New York’s 10013 zip code, which includes Tribeca in Manhattan, came in second, with a a median price of $4.1 million.

Check out the entire list of the 100 most expensive zip codes to buy a home in America in 2017 right here.