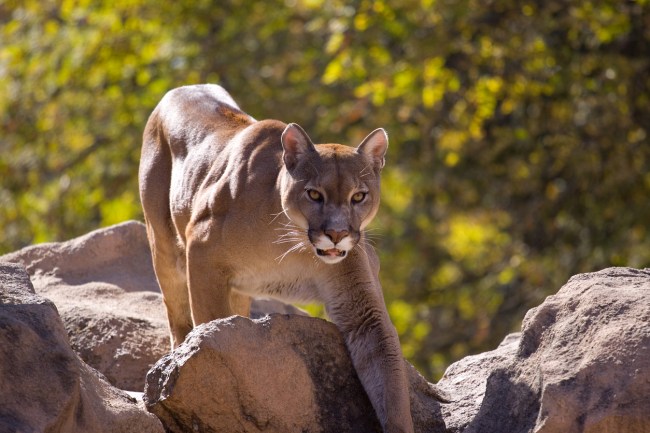 While most 8-year-olds are crying because there isn’t a gluten-free option at their school bake sale, this brave 8-year-old is fighting for his life by fending off mountain lions.

We take you to Bailey, Colorado, where 8-year-old Pike Carlson found himself in a life-threatening situation. The incredible young boy was attacked by a mountain lion, but Pike used his own survival instincts to fight off the animal.

On August 21, Pike was playing in the backyard of his family’s home with his older brother, Gage. A 65-pound mountain lion saw the small boy and pounced. But Pike wasn’t about to go down without a fight.

The big cat chomped Pike’s head and then dragged him to a tree. Pike was pinned down but then put on the fight of his life.

“I was just punching, trying to grab anything that I can, like a stick,” Pike told 9News. “I did find a stick and I tried to get it in the eye but soon the stick snapped.”

Gage ran to the house to tell his family that his brother was being mauled by the 65-pound cougar. Pike’s dad, Ron, ran out to protect his family. “His head was inside the lion’s mouth and I think that was what made me snap, watching him chew on him,” Ron said of the horrific attack. The mountain lion saw the angry Ron coming, released Pike and ran off, but Pike was already hurting badly.

“The whole side of his face was open,” Ron said. “There was blood all over him.”

Ron brought Pike to the nearest fire station, and from there he was brought to the hospital. Young pike received stitches and underwent two surgeries. He may need another operation to repair his eyelid that was injured in the attack, and to this day, he can not open.

Pike has deep and visible scars all over his face. Friends and family of the Carlson’s set up a GoFundMe to cover the boy’s medical bills. At the time of publication, they had raised over $21,000 of their $50,000 goal.

RELATED: Man Died After ‘Rotting From The Inside Out’ And Had His Testicles Balloon From Eating A Gecko On A Party Dare

“It is reassuring to know that the mountain lion from both the attack and depredation of the goat was removed from the area,” Area Wildlife Manager Mark Lamb said in a press release. “This male juvenile mountain lion was not only a threat to human safety but obviously to livestock and pets as well.”

Pike, who is now recovering with his family, has some great advice to everyone contemplating wrestling a mountain lion. “No one try to wrestle a mountain lion,” Pike said in an interview. “It is a cheater.”

Last February, a jogger in Colorado killed a mountain lion that attacked him. That cougar was said to be a young female weighing only 24 pounds that attacked a grown man.