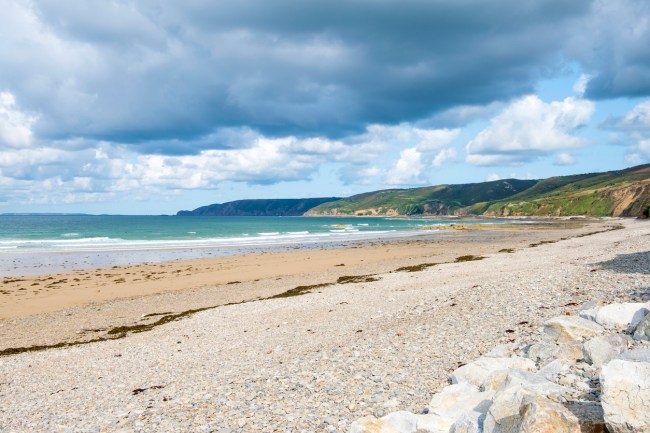 If you’re looking for a long weekend getaway, may I suggest a vacation to France? Particularly, French beaches on the Atlantic Ocean coast where millions of dollars of bricks of cocaine are washing ashore.

Beachgoers are finding huge bricks of cocaine on the beaches of France. There were drug parcels wrapped in clear or black plastic and labeled with the words “diamante” or “brillante.” If you remember, that is very similar to the odd news of drug packages and bricks of cocaine that washed up on Florida’s Atlantic Coast following Hurricane Dorian in September.

The drugs wash up on a stretch of beaches on the Atlantic coast that spans over 300 miles. Near the regions of Loire-Atlantique to Landes near the Spanish border, packages of “very pure” cocaine and other drugs have been washing up over the past several weeks. No word on whether the drugs only wash up during high tide or not.

“It’s a very pure product that must not be consumed in this form because there is a very high risk of overdose,” said Philippe Astruc, a public prosecutor from the French town of Rennes. “There is absolutely an immediate health risk.”

RELATED: Deep Sea Fishermen Reel In $1 Million Of Drugs After They Noticed Fish Jumping All Around Bricks Of Cocaine

Authorities have seized approximately 1,675 pounds of drugs, worth an estimated $66 million. One package alone was 30 pounds. We haven’t seen French beaches stormed like this since 1944.

French authorities are currently investigating the strange drug drop and say that the illegal substances “very probably” came from South America. Officials theorize that a drug-trafficking boat sank during its journey, and the drugs are now coming ashore. Maybe the ship sank because it had crack in it?

Those sea turtles will finally be happy that they have straws in their noses.

Talk to me, baby
I’m going blind from this sweet-sweet craving
Whoa-oh
Let’s lose our minds and go f*cking crazy
Ah ya ya ya ya
I keep on hoping we’ll find coke by the ocean
Walk for me, baby