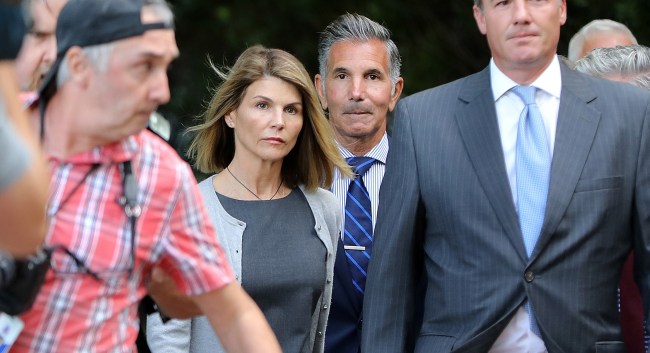 It appears, at least based on new reports, that things are FINALLY starting to sink in with Lori Loughlin regarding the very real possibility that she’s going to serve at least some time in prison.

After living in a world of delusion for the past six months, Loughlin reportedly “regrets” not taking the plea deal initially offered to her by prosecutors back in April.

Because Loughlin and her husband Mossimo Giannulli turned down that initial deal, prosecutors added an additional charge of money laundering which includes the potential for an additional 20 years behind bars, three years of supervised release, and a fine of $500,000 or twice the value of the property involved in the money laundering.

Now, with Felicity Huffman being sentenced to 14 days in jail (a very cushy jail), a $30,000 fine, and 250 hours of community service for her part in the college admissions scandal, Loughlin is “processing” things a little differently, according to People.

“Lori is aware of Felicity’s sentence, and is processing what that means for her,” the source tells PEOPLE. “Her only move now is to take this to court and to prove that she is not guilty of what she’s charged with.”

Painted ourself into a bit of a corner, didn’t we, Aunt Becky? On the plus side, at least her daughter Olivia Jade is taking the charges very seriously. Oh… wait. 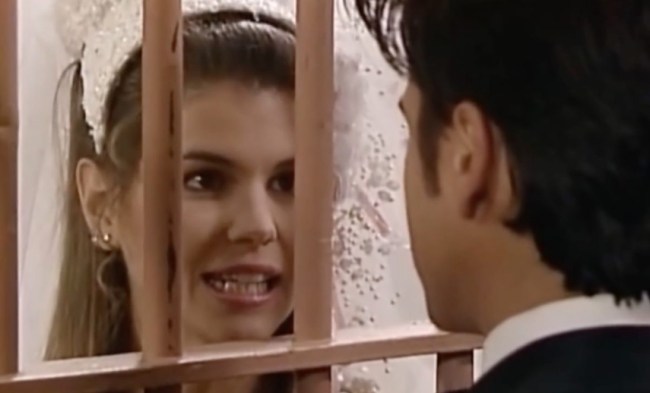 Huffman paid $15,000 to admissions consultant William “Rick” Singer and his fake nonprofit organization, Key Worldwide Foundation – a front for accepting bribes, according to prosecutors – to get her kid into USC.

Loughlin paid Singer $500,000 to have her two daughters, Isabella and Olivia Jade Giannulli, gain admission to USC by falsely portraying them as crew team recruits for the university – a sport they do not play – in addition to falsifying their SAT scores.

BIG BIG difference. Especially when you consider the fact that Huffman took the plea deal and Loughlin has been fighting her charges the whole way.

“If she’s found guilty, she will go to jail; that is clear,” the source says. “And if another deal is offered to her, which I don’t think it will be, she will go to jail. Her only chance of avoiding jail is to beat these charges. Lori is a smart woman; she understands that. She’s scared and upset, but she’s resolved to be strong and to fight this. She will do what she has to do to protect herself and her family.”

According to the source close to Loughlin, she “regrets” not taking a deal. “She didn’t understand the entire nature of the charges against her, and she wasn’t even sure if or how she had broken the law,” the source says. “It was very early, and she didn’t have all the information that she has now. Based on what she understood at the time, she made the best choice for herself. Now there is no deal on the table, and she has to have faith that the courts and the prosecution will move fairly and not make an example out of her.”