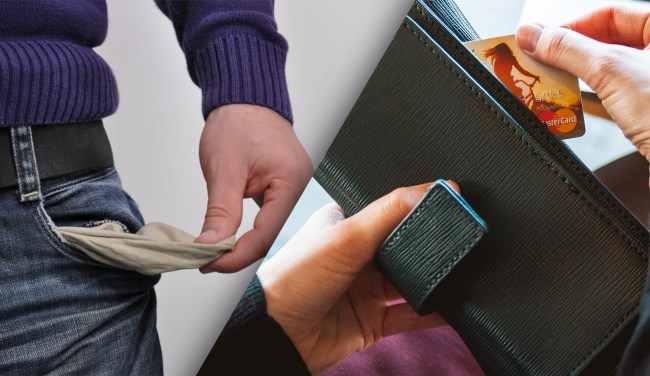 Now, a new study conducted by financial technology company SmartAsset comparing how single millennial men and women spend their money reveals that regardless of sex they are both broke as fuck.

Using expenditure data from the Bureau of Labor Statistics (BLS), SmartAsset analyzed how single men and women between the ages of 25 and 34 typically spend their annual income across categories like food, housing, healthcare and entertainment.

What they learned is that the average post-tax income for a man between the ages of 25 and 34 was roughly $41,800, according to data from the BLS 2017-2018 Consumer Expenditure Survey. And on average, millennial men spent close to $42,000 over the year.

The financial situation is no better for millennial women.

The average post-tax income for a woman between those same ages was about $38,600 and they spent approximately $39,100 per year. 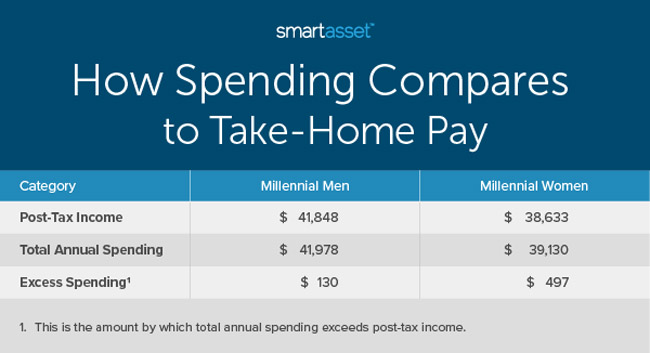 A few more highlights from the study include…

• Millennial men tend to earn and spend more. BLS data shows that, on average, single men (between the ages of 25 and 34) earned $3,215 more post-tax and spent $2,848 more annually than single women of the same age. 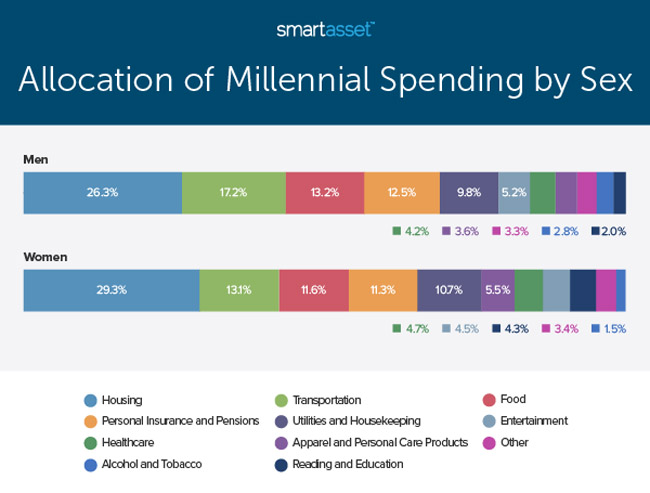 And here it is broken out by dollar amount on average… 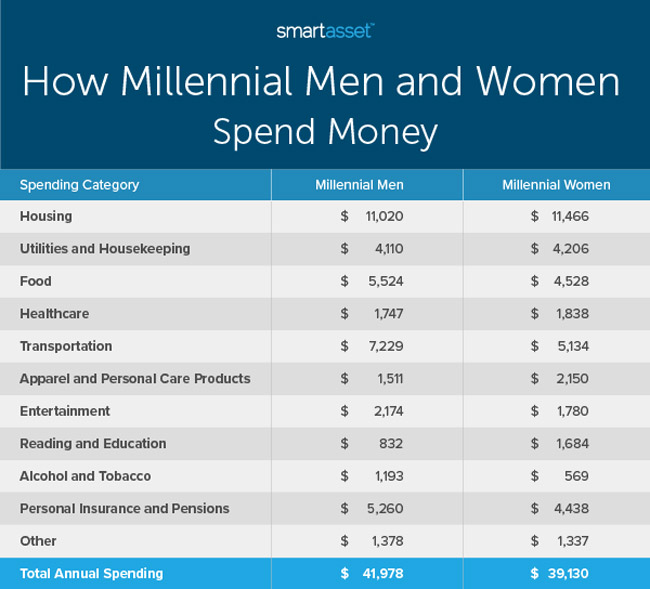 Learn even more by checking out the complete study over at SmartAsset.com.