Where Are They Now? The Actress Who Starred In The Huge 1999 Hit Film ‘The Blair Witch Project’ 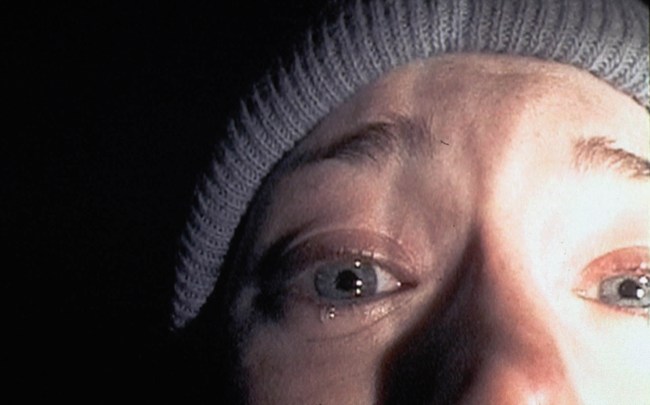 Twenty years ago, back in 1999, a whole new kind of feature film captured movie-goers’ attention across America. The Blair Witch Project immediately popularized the whole found-footage genre of movies when it hit theaters and ended up launching a franchise.

The movie, written, directed and edited by Daniel Myrick and Eduardo Sanchez, was conceived in 1993 as a 35-page screenplay with the dialogue to be improvised when shooting began.

The roles of film students Heather, Mike and Josh were filled by a casting call advertisement in Backstage magazine by unknown actors Heather Donahue, Michael C. Williams, and Joshua Leonard.

Joshua Leonard is still very much active in Hollywood and has gone on to appear in numerous films and TV series like Bates Motel, Scorpion, and True Detective. He is also married to actress Alison Pill.

Michael C. Williams is also still semi-active, having appeared on the TV series FBI in 2018 and previously acted on shows like Law & Order, Without a Trace, and Law & Order: Special Victims Unit.

Heather Donahue, on the other hand, has not appeared in a movie or on a TV show since the straight-to-DVD movie The Morgue in 2008.

In 2002, Donahue starred in the miniseries Taken and was nominated for a Saturn Award for Best Supporting Actress on Television.

In 2003, she made an appearance on Without a Trace and in 2005 she guested on It’s Always Sunny in Philadelphia, but other than The Blair Witch Project, those are her biggest claims to fame.

So where did she go?

Well, in 2008, Donahue quit acting to become a grower of medical marijuana. In 2011, she wrote a book titled Growgirl about her experience as a marijuana grower, subtitled “How My Life After The Blair Witch Project Went To Pot.”

The reason she quit acting, according to her, was a combination of the hate she received from people who found her performance annoying in the film – a performance she is proud of – and because casting agents in Hollywood couldn’t get past the Heather from Blair Witch and Heather in real life.

“I mean, I gave that role 110%,” Donahue told GQ in 2016. “Find me the woman who would have believably kept that camera running. But what you get for that [from the audience] is, ‘Oh, that annoying bitch wouldn’t turn the camera off.'”

Now 44, she hasn’t completely distanced herself from the world of cinema, a she still does some work as a writer and producer. She just has no desire to be in front of a camera again.

“I don’t want to be a visible, public person,” she said.

So, in her own way, Heather Donahue is still “missing.”

Previously in “Where Are They Now?”
• The actress who played Tori on Saved By The Bell
• MLB legend Josh Hamilton
• The actress who starred as The Empress in The NeverEnding Story
• Ashley Harkleroad, the tennis phenom who posed for Playboy
• The actress who played Six on Blossom
• The five sons who appeared on Malcolm in the Middle
• Little League legend Mo’ne Davis
• The creepy girl from The Ring movie
• The “Overly Attached Girlfriend”
• The little blonde girl who played Eminem’s sister in 8 Mile