Woman Wins An Award For Designing Chair That Stops Manspreading 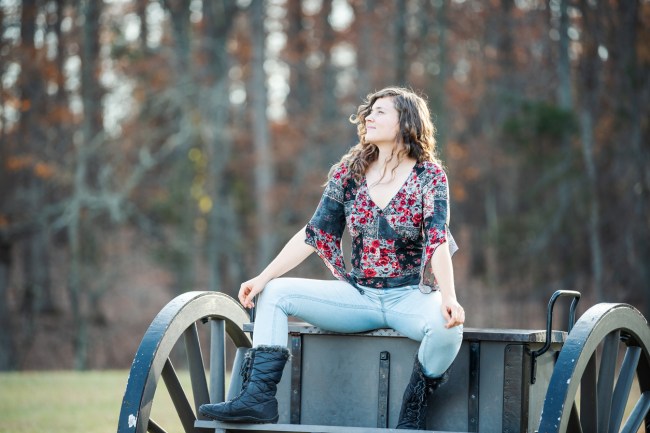 If you thought that the fauxrage over manspreading was a nontroversy of the past, you would be incorrect because the cacophony over how men sit is still a point of concern for some people. One woman took her resentment towards “manspreading” and funneled that tempestuous energy into designing a chair that stops men from sitting like a man.

Laila Laurel is a 3D Design & Craft graduate from the University of Brighton in England. Laila Laurel is also very concerned about how men sit. So she combined her two passions to design a chair that prevents men from manspreading. FINALLY! Your chair can cut off your nads instead of your overbearing girlfriend.

“I designed and created these chairs in order to identify and challenge problems surrounding the act of sitting that might potentially be more gender-specific, such as man-spreading,” Laurel said.

Laurel posted photos of her anti-manspreading chairs on her Instagram and called them a “Solution for Man-Spreading.” The chairs, which are made from Sycamore and Cherry wood, are triangular and forces men to close their legs. It appears like a modern-day chastity chair for men and it hurts just looking at it.

Some people really need to take an anatomy class and discover that male and female genitalia is different and that means having a twig and berries that take up space between their legs.

This chair is a torture device for men and people are going to get hurt.

Look at this guy smash his own nuts by crossing his legs. pic.twitter.com/lgJjDo23V2

You could of course simply turn the chair around and comfortably spread your legs to your heart’s content.

The 23-year-old student also created a chair for women that has a small triangle in the middle that encourages women to spread their legs or womanspread, which is confusing since I thought spreading your legs was bad and we were trying to discourage that type of behavior.

“My design practice is contextualized within fourth-wave feminism and another huge inspiration for these pieces was Laura Bates’ Everyday Sexism Project, a platform in which women can testify about the sexism they have experienced,” Lauren told the Independent.

Laurel’s anti-manspreading chair has been so well received that Laila has won an award. Laurel’s chair won the Belmond Award for emerging talent, which is presented by the luxury hotel chain of the same name. If cutting a man’s balls off wins an award, shouldn’t Yoko Ono also win a lifetime achievement award?

The panel of judges said that Laurel’s chair was “a bold, purpose-driven design that explores the important role of design in informing space, a person’s behavior and society issues of today.”

Laurel wins a contract to create products for the Belmond Hotels and will receive over $1,100 in prize money.

RELATED: Bella Hadid Kissed A Female Robot In An Ad And Calvin Klein Was Forced To Apologize After Backlash

“It came from my own experiences of men infringing on my space in public,” Laurel said of her design,” Laila said. “With my chair set I hoped to draw awareness to the act of sitting for men and women and inspire discussion around this.”

In 2014, New York City started a campaign by the Metropolitan Transportation Authority (MTA) that cautioned against manspreading. In 2017, Madrid banned manspreading on the Spanish city’s trains and buses.

Now, we just need Laila to make a seat that prevents women from bagspreading by planting their purses and H&M bags all over the seats in the subway.

The subway is packed. Fortunately, this woman's bags managed to get a seat. pic.twitter.com/9SlGx7XyjH