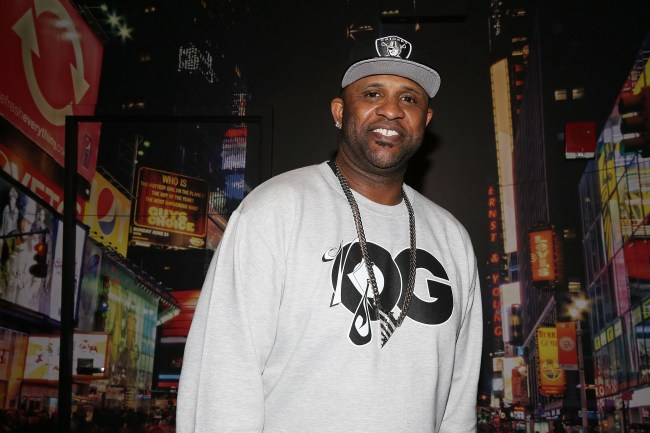 Throughout his 19-year MLB career, CC Sabathia feared nobody, as the intimidating lefty often got the best of opposing batters and teams by winning 251 career games. Although Sabathia might have retired after the 2019 MLB season, he’s clearly showing that he’s unwilling to back down from a challenge — and the Houston Astros’ All-Star shortstop, Carlos Correa, is learning that firsthand.

As we all know by now, the Astros are a bunch of cheaters, with the team getting caught banging on trashcans during their run to the 2017 World Series. While MLB went easy on the team and players involved — not even stripping the franchise of the championship — no one has forgotten the fact that the title will forever be tarnished. We’ve seen opposing pitchers throw at Astros’ players all season long, and have witnessed fans punk out the team since the news broke.

But with Houston once again back in the MLB Playoffs and matched up in the ALDS against the Oakland A’s (despite a putrid 29-31 regular season record), Carlos Correa delivered a message to all the haters out there. Here’s what the shortstop said following his team’s wild card series victory over the Minnesota Twins.

Given the big fuck you from Correa to all the Astros’ haters, it sure got the attention of CC Sabathia, with the former pitcher finding it ridiculous that the 26-year-old shortstop had the gall to say what he did after Houston advanced in the postseason. To suggest Sabathia ripped Correa a new one would be an understatement.

The big lefthander, who’s listed as a special adviser to New York Yankees GM Brain Cashman, went on the R2C2 podcast with Ryan Ruocco and completely laid into Correa, not only calling him “a clown” for his comments, but blatantly telling the dude to just “shut the fuck up,” too. Take a look below at the candid reply from the former pitcher.

This is one of those times when I really wish CC Sabathia was still pitching in the majors. With both the Yankees and Astros still in the postseason, how epic of a showdown would it be to see them face one another? Sadly, we’ll probably just need to see them battle through the media.

With the Astros still in the MLB Playoffs, Sabathia did show some respect for a friend of his — Houston manager Dusty Baker, who he has the utmost respect for. But, even then, CC stopped short of applauding the franchise, dropping another F bomb about the entire Houston organization.

“He’s like a big uncle, so that’s my guy,” Sabathia said of Baker. “So for him to be managing, I’m happy that he was able to win another playoff series. Shows how great of a manager he is. But man, f—k them dudes, man.”

We all hate Houston for what they did, but, c’mon, given these recent fighting words from CC Sabathia towards Carlos Correa, we should all be rooting for a Yanks-Astros ALCS just to see that hate on full display on the baseball field.