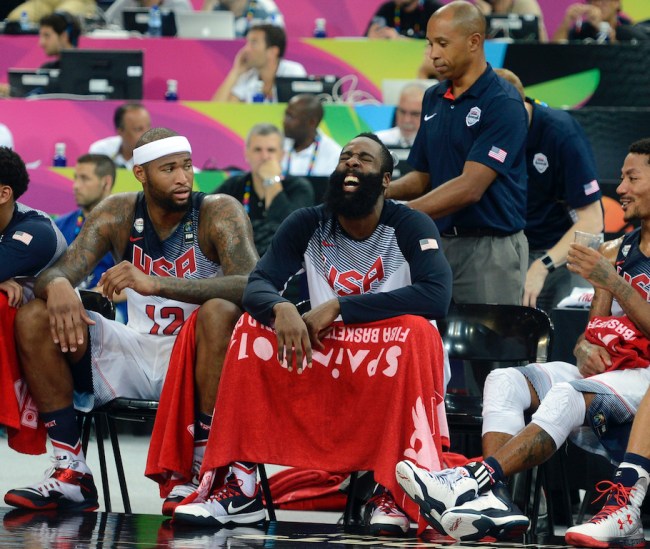 How bad has it gotten for James Harden and the Houston Rockets? Well, to the point of pretty much no return, as the former league MVP is basically doing whatever he can to force the franchise to trade him. It’s a stance the superstar guard has taken for the past month or so, but now that he’s back with the team in preseason, it’s even more clear he wants out.

Then again, none of this should come as a surprise, since James Harden reportedly referred to the Rockets’ franchise as the “Knicks of the south” behind closed doors. Harden also refused to come to the team’s training camp, and instead went to be with his personal trainers in both Atlanta and Vegas — something he was ripped for on Twitter — and was even seen partying maskless at a few clubs. Not a good look, but, hey, it’s a way to make the organization pissed, right?

Even after Harden reportedly preferred to play with John Wall over Russell Westbrook following a trade between the Rockets and Wizards, any future reconciliation from both sides seems bleak. In fact, it’s so bad at this point that even Harden’s Houston teammates aren’t trying to convince him to change his mind about a trade request, with DeMarcus Cousins recently stating that very stance.

DeMarcus Cousins on if he's tried to recruit James Harden: "At the end of the day, this is a business. You can only respect a guy for doing whatever he feel is best for him, his personal life, and his career. So no, honestly, I haven’t."

Guys, this is absurd. Sure, it’s not technically Cousins’ business to stick his nose in this whole James Harden trade mess, but, sheesh, you’d think the former All-Star would want to keep a future Hall of Famer around to, you know, try to compete for a championship. If Cousins can come back strong, Wall plays to his potential after an injury, and Harden is focused, the Rockets could have the ammo to be a serious threat in the Western Conference. Hearing that some Rockets’ players have just given up on trying to change Harden’s mind is preposterous — especially if I’m a Houston fan.

While it’s totally Harden’s prerogative to make a business decision for himself — something his mom even suggested on Instagram within the past few weeks — it’s hard to believe the lack of leadership in the locker room. This doesn’t happen on a LeBron James-led squad.

It’s such a dysfunctional situation between Harden and the Rockets right now, maybe DeMarcus Cousins just sees the writing on the wall, and he understands that there’s no chance in hell the one-time league MVP wants to stick around. But to admit that publicly is a bad look, and just goes to show how bad things have really gotten in H-town.