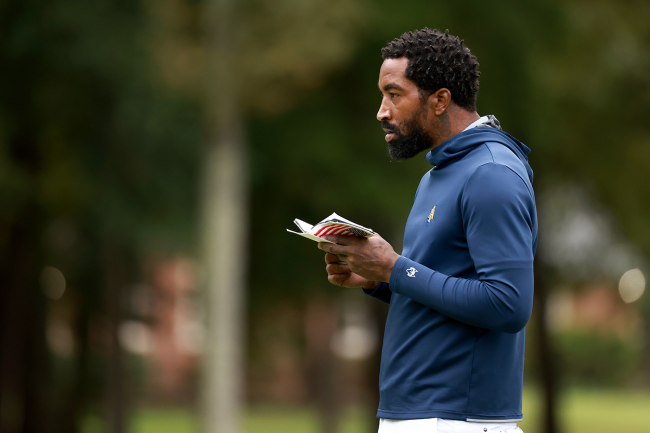 J.R. Smith went back to college last semester and enrolled at North Carolina A&T as a collegiate golfer. Now, after finishing his first year at the HBCU, he has been awarded an exclusive honor after a phenomenal run academically.

Smith, 36, was granted eligibility to play for the Aggies’ men’s golf team back in August. Although his first tournament got out to a unique, not-so-smooth start, he did something that no college golfer has ever done before and recently signed an NIL deal that would make most PGA players jealous.

Meanwhile, he has been crushing it in the classroom. Smith’s first week on campus led to a pretty hilarious story about his experience, but he finished with a 4.0 GPA after his first semester and had an incredible reaction to the news.

After a strong first few months, Smith faced another challenge in 2022. He enrolled in an algebra class and was extremely baffled by the letters being included in math.

Despite his initial state of confusion, it appears as though Smith got it figured out. On Monday night, the two-time NBA champion was named North Carolina A&T’s academic athlete of the year after achieving another 4.0 GPA.

Back on August 27th, J.R. Smith had the following to say about his return to school at North Carolina A&T:

“I hated school growing up and I knew this would be a challenge, but that’s not going to discourage me one second,” he wrote. “You have to be able to buckle down and lock into new journeys and challenges coming in your life. Observe, learn and adapt.”

It appears as though that is exactly what he has done. Two straight semesters with a 4.0 GPA is something that many students work incredibly hard to obtain but simply cannot. For Smith, who had not been in a classroom since 2003, the honor is well-deserved.