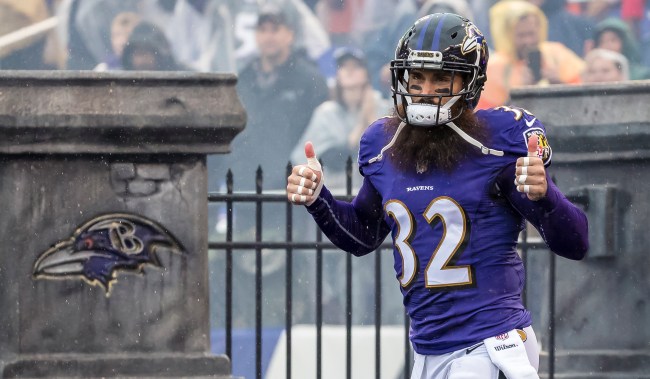 God love the internet. Especially when your name is the same as someone famous, like, say, Eric Weddle, who is in the news and people on Twitter go all out with a case of mistaken identity.

Yup. @ericweddle forget sleep. It will be a thing of the past. Take your vibrating phone and let it join mine at the KC Chiefs. Or wherever we’re both traded. 😂 https://t.co/vv4jzqCG6G

At this point in the internet I am going to assume that most of it is done on purpose. Then again, this is the internet we’re talking about so…

Naturally, there are a lot of NFL fans who wouldn’t mind having the 12-year vet patrolling the secondary for their squad, so many reached out to let him know.

Or, at least they thought they were.

In reality, many of these NFL fans actually sent their recruiting tweets to an education journalist with WFYI public media in Indianapolis, who looks absolutely nothing like the bearded defensive back.

Weddle says he received about 200 tweets following the football player’s release – and he played along with many of them. Some highlights…

That’d be cool. I always like Icky Shuffle or whatever their dance was!

Yeah, thanks, It’s rough out there.

Got rid of it a few years ago. https://t.co/rXizIbtTis

I’ll be back in May for the @EdWriters National Conference. https://t.co/WVSLZTRvKy

Don’t know what this means but sounds cool. https://t.co/xukEoIxeYF

Should I grow it back, fam? https://t.co/puk2mELBf3