Mel Kiper Jr. Lashes Out At Tim Tebow For Treating The NFL Like A Hobby After Return To Jaguars 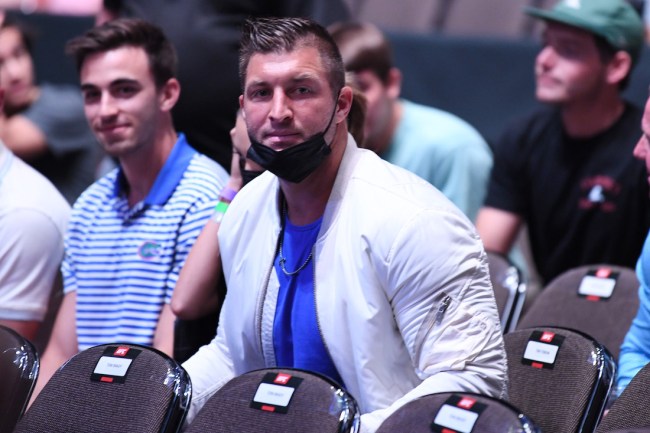 To suggest that Mel Kiper Jr. isn’t a fan of the Jacksonville Jaguars signing Tim Tebow as a tight end is an understatement. Typically reserved for commentary surrounding the NFL Draft, Kiper gave an impassioned rant over the most controversial free agent signing of the NFL offseason, as the former Heisman Trophy winning quarterback rejoining his college coach, Urban Meyer, on the Jags.

Appearing on Get Up Thursday morning, Kiper slammed Tebow for treating the NFL like a hobby of his that he dabbles in when interested, not something that he’s devoted himself to for what it really is: A full-time job. Take a look below at Mel Kiper Jr.’s opinion.

“He didn’t want to be that guy,” Kiper said of Tebow’s refusal to play H-back or tight end. “So now at 34, all of a sudden he wants to be? He tried Major League Baseball, maybe try WWE, maybe be an assistant coach if you want that motivation or that leadership or that energy. But a strong GM would have said to Urban Meyer, ‘No.’ … This is the NFL. It’s not a hobby, it’s a full-time job.”

.@MelKiperESPN sounds off on Tim Tebow signing with the Jaguars, calling it a "desperation move."

"You can't treat the NFL like a hobby, it's a full time job!" pic.twitter.com/4BH7RVnxs4

This tends to be a growing theme when talking about Tim Tebow signing with the Jaguars, so Mel Kiper Jr. bashing the idea that the franchise signed the former college star as a motivational leader is accurate. Had that been the case, Urban Meyer could have created a coaching position for Tebow, rather than ask the player to bulk up and try out a new position — at the age of 33 after years out of the NFL.

Forget all the talk and debate about why Tebow’s getting an opportunity and a guy like Colin Kaepernick isn’t. There are plenty of factors that differentiate each guy. Instead, let’s focus on what Mel Kiper Jr. said above, calling Tebow to the Jaguars his latest “desperation move” to have one last attempt at succeeding in pro sports.

As great of an athlete as Tebow is, don’t forget that this is a guy who failed in the NFL during his first attempt and failed at his attempt to play Minor League Baseball, so it’s not like he’s the second-coming of Bo Jackson or Deion Sanders — who were two-sport superstars back in the day.

It’ll be interesting to see how this project works out for both Tim Tebow and the Jacksonville Jaguars. He’s such a polarizing figure who’s taking the attention off of No. 1 overall pick Trevor Lawrence — which could be a positive for the rookie — but he’s also stealing a spot on the roster for a guy who, you know, actually has tight end skills. That may be the bigger issue in all of this.

Whether you’re on the side of Mel Kiper Jr. or not, there’s no denying the fact that Tebow’s progress as a tight end will continue to be a huge storyline to follow this NFL offseason.