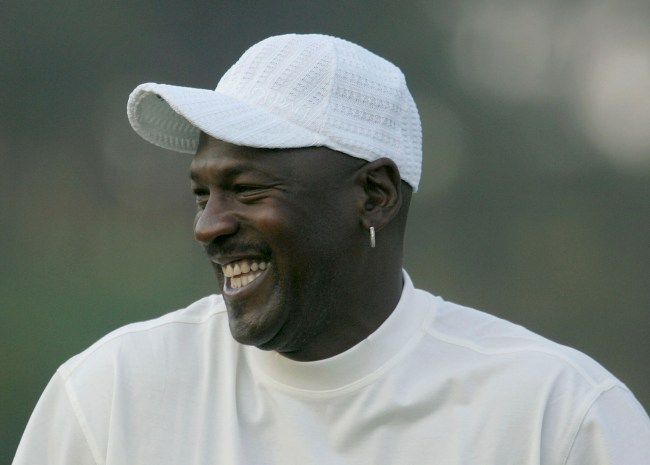 If there’s one thing we’ve all learned about Michael Jordan from watching The Last Dance over the past few weeks, it’s that he hasn’t lost an ounce of his competitive spirit. Over the past few decades, legendary stories have been told about MJ’s relentless drive, his appetite for competition, and his will to push any and everyone who was riding with him during the Chicago Bulls’ dynasty in the ’90s. But, for the first time in a long time, we’re all witnessing how he hasn’t changed since retiring from the NBA in 2003.

Whether it’s Michael Jordan calling out some of his past rivals like Isiah Thomas, throwing former teammates under the bus as he did Scott Burrell, or simply laughing at the thought of an opponent like Gary Payton claiming to have shut MJ down, the six-time champ sure is showing his true personality in the ESPN documentary — and it’s pretty awesome to see.

Sure, some of it might come across as a little bit psychotic, but, hey, you don’t earn the distinction of being the GOAT by being normal, right?

While there are plenty of A+ clips from The Last Dance that show Jordan being a real cocky son of a bitch — as well as some that show his vulnerability — there’s a recent one that got the attention of the Internet that was too good not to mashup. That’d be the aforementioned video of MJ laughing at Gary Payton talking about the 1996 NBA Finals. For reference, here’s the original clip.

Gary Payton thought he found a way to get to MJ … Mike wasn't sweating the Glove 😂 #TheLastDance pic.twitter.com/Z8NG7qN5hW

OK, good enough, right? But here’s where things get really good, because, thanks to the Internet being fucking amazing, somebody paired Michael Jordan’s reaction to Payton with LeBron James’ previous proclamation of becoming the GOAT after his 2016 NBA title with the Cavs — and, oh hell yes, it’s perfection.

They combined the clip of Lebron saying he’s the GOAT with the Jordan laughing clip. The internet wins LMAOOOO pic.twitter.com/FwMZLSMvZh

The debate between Jordan and James is one of the best in all of sports. Does MJ’s perfect 6-0 record in the NBA Finals trump LeBron’s nine total trips (with three victories) and a run of eight-straight appearances from 2011-2018? And what happens if James ends up winning one or two more titles before all is said and done, while continuing to climb the list of all-time leaders in scoring, assists and rebounds? Could he possible overtake Michael Jordan as the GOAT?

While some hoops fans will never give any other player a fair shake at the title, it’s clear that Jordan has the support of most people — and has previously said himself that he doesn’t need some hypothetical distinction to prove how great he was.