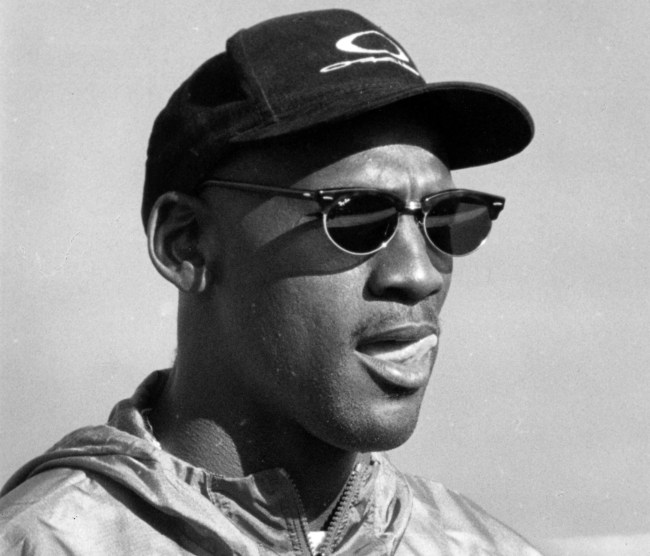 Michael Jordan really is the gift that keeps on giving. I mean, sheesh, the dude retired for good from the NBA 17 years ago and he’s still being talked about as if he’s the biggest athlete on the planet. You want to talk about staying power and the way to build a personal brand, MJ sure has defined it.

With Jordan’s legacy continuing to grow this spring/summer thanks to the wildly popular ESPN documentary The Last Dance, a whole new generation got the inside scoop on what made the GOAT tick on and off the basketball court. Sure, kids these days may not have seen Michael Jordan play at his peak when he was winning six NBA titles and talking mad shit to opponents, but they could see a little bit of his greatness on display in the 10-part series.

As polarizing a figure as Jordan has been for the past 30+ years — remember, the guy needed to grocery shop after hours during his heyday because he was so revered — here’s something that’s actually a little bit surprising: MJ still had his moments of accessibility.

Don’t get me wrong, he wasn’t often chumming it up with Joe Schmo all the time, but Jordan seemed to embrace his celebrity and tried his damnedest to live a somewhat normal life. That’s nearly impossible these days because of cell phone cameras and instant tagging on social media. But, back in the mid-90s, MJ was just trying to be one of the fellas — whether it was playing minor league baseball, or playing pickup games with a bunch of weekend warriors at an athletic club during his brief NBA retirement in 1993-94.

While we’ve all heard stories about His Airness playing ball with these Average Joe’s, many of us hadn’t see the footage. Guess what? Now you can… and it’s pretty awesome to see how Jordan plays with the exact same intensity as he would’ve in the NBA Playoffs.

Thanks to a regional sports network called “SportsChannel Chicago” sending a camera crew to the athletic club where Michael Jordan was playing those pickup games, we can all bask in the glory over 25 years later. As if there’s any doubt about MJ’s legacy, these videos only add to it.

Imagine being one of those dudes playing with Jordan back then. Pack an old, smelly bag, head to the gym, lace up some faded and worn-out sneakers, get tapped on the shoulder and asked by the greatest baller on the planet if you want to run in a few games, and forever have an epic story to tell your kids and grandkids. Jordan was out here making memories for everyday people — while teaching them a thing or two about how to really ball out.