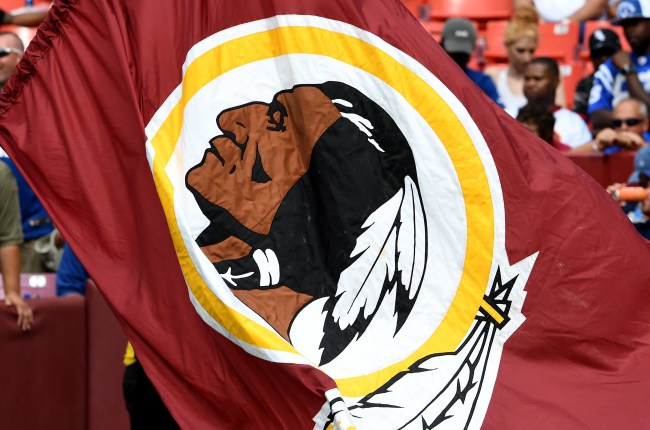 Ever since the Washington Redskins, er, Washington NFL Team, announced the (correct) decision to change its name to something less offensive, the Internet has been on the hunt for any leads, insider information or hints about what the new name might be. While nobody knows for sure what might come, there’s been speculation about a few leaders in the clubhouse, which prompted some dude to trademark a bunch of different potential options.

Although the guy, Martin McCaulay, has stated plenty of times that he trademarked those names so that they didn’t get into the hands of the wrong people who would charge a fortune for the rights to them — and has said he’ll give any and all of them to the NFL franchise for free — it may not even lead to that. That’s because, according to someone on Reddit, he’s already found the registered domain name that the Redskins apparently just applied for: DCSentinels.com.

User 'staticrush' on reddit has discovered that on July 15 2020, the same company that registers & manages "https://t.co/P96IFu1Jt9" registered a new domain.

Now, this is far from official, obviously, but it’s interesting to see the above paperwork does seem to be the official documents to make such a change. So, who knows, maybe the Redskins will officially announce the unveiling of their new nickname and actually become the DC Sentinels in the next month or so.

Following the revelation of the apparent domain change documents, some people on Twitter had a few reactions to the alleged new nickname of the Redskins. Take a look below at what a few were saying.

OMG I hate this! Sentinel is the name of my dogs heartworm medicine

It's not bad. I'd prefer Redwolves, but Sentinels is a heck of a lot better than Warriors.

I still say go with the redtails, W/ a fighter jet as a mascot. Move Them to Bama,Since most in the defense played at bama and give them the name the redtails because of the Tuskegee airmen that fought for this country, I'm a white boy but would love to see the black pride of AL. pic.twitter.com/8tc0o8ThYf

While the Sentinels would be a solid choice — as it has a patriotic and/or military tribute, which makes sense given the team’s located in the nation’s capital — there has still been plenty of speculation about other potentially proposed names like the Red Tails, Red Wolves, Red Hawks and Warriors (even though some find it offensive), among others. Those have seemed to be some of the top team nicknames floating around on social media in the past couple weeks, but this DC Sentinels thing appears to have receipts now.

Regardless of what the new team name actually becomes, I think we can all agree it’ll be a helluva lot better than the Washington Redskins, which has been politically incorrect and outdated for the past, oh, 88 years since the franchise was first founded.

Although plenty of people have their panties in a bunch over the Redskins’ possibly, maybe filing for a new domain name — which would make them the DC Sentinels — ESPN NFL Nation reporter John Keim was quick AF to shutdown all the speculation. According to Keim, the Sentinels is not the name the Washington NFL Team will be going with.

Dear Twitter: It's not the Sentinels. …. I don't know what it is; I do know it won't be that. Have a good day.

Because some people were acting like it was THE name and it was gaining steam. So I asked. No one went out of their way. I’m not asking about every name because most is fun speculation. But this one reached a different level based on what I saw