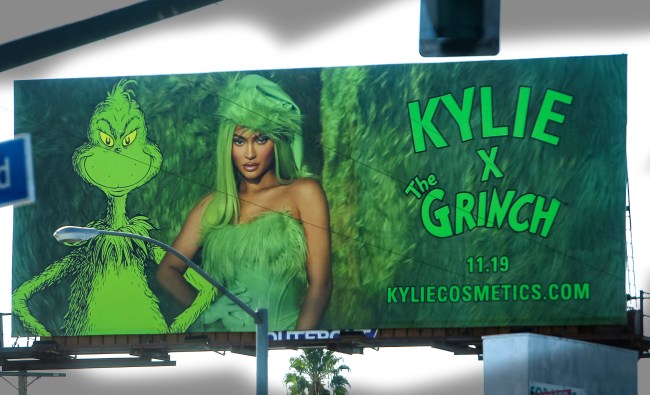 If before seeing this I had asked you who you thought was the highest paid celebrity in 2020 would you have guessed Kylie Jenner? I know I wouldn’t have.

Instead, I might have guessed someone like Kanye West​ or Cristiano Ronaldo or even Dwayne “The Rock” Johnson.

I wouldn’t have been too far off either as all three of those people were ranked in the top 10.

But nope, it’s Kylie Jenner on top of Forbes’ list at an astounding $590 MILLION.

• Documents later showed the business was much smaller than the family claimed for years, leading her to lose her billionaire title.

• Kylie Cosmetics, which had 2019 revenue of $200 million, was built on the back of a social media following that reaches more than 175 million people.

• One of the family stars on “Keeping Up With the Kardashians,” Jenner remains in charge of creative efforts and marketing for Kylie Cosmetics.

It’s not even close! Kylie Jenner made just $2.3 million less than the rest of the top five combined: $582.3 million.

All in all, the 100 highest paid celebrities in 2020 earned a combined $6.1 billion before taxes and fees, reports Forbes.

Other notable stars who made the list in 2020 include…

Check out the complete Forbes’ 100 highest paid celebrities for 2020 here.

Related…
• • The Amount Of Money Celebrities Like Cardi B Reportedly Make Per Month On OnlyFans Is Just Absurd
• • Addison Rae Tops Forbes’ List Of The Biggest Earners On TikTok At $5 Million Per Year
• • The 20 Highest Earning NFL Players On Instagram Are Making Some Serious Bank
• • The 10 Highest-Earning Gamers In The World Made Over $120 Million Combined With Ninja Raking In An Insane $17M
• • Joe Rogan Tops Forbes’ Inaugural List Of The Highest-Earning Podcasters, Making $30 Million A Year
• • Instagram King Dwayne Johnson Gets Paid More For A Sponsored Post Than Anyone Else On The Planet In 2020