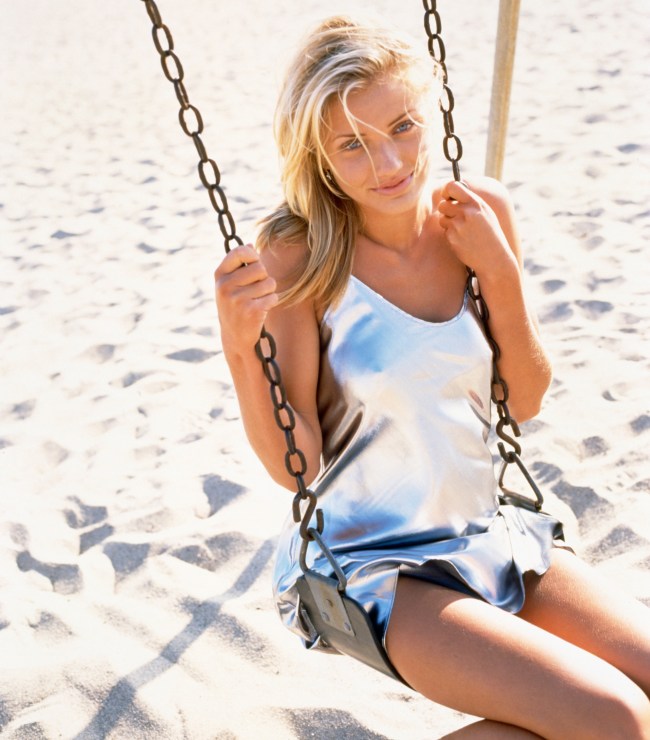 Cameron Diaz appeared in over 40 films during her 24-year acting career, but following her 2014 movie Annie she completely quit acting and just disappeared.

It’s not like she was getting too old – she was just 41. Or that she wasn’t getting work – she starred in six different movies that were released in 2013 and 2014. Or that the movies she was in didn’t make any money – the 24 films in which she was the lead actress had an aggregate box office total worldwide of more than $5.5 billion.

So, what’s the deal? Why did she walk away? And why haven’t we seen her for five years?

According to the star of films like Sex Tape, There’s Something About Mary, Bad Teacher and Shrek, it sounds like she had made enough money and just got tired of it.

“I started [experiencing fame] when I was 22, so 25 years ago — that’s a long time. The way I look at it is that I’ve given more than half of my life to the public,” Diaz wrote in an essay for InStyle. “I feel it’s okay for me to take time for myself now to reorganize and choose how I want to come [back] into the world. If I decide to. I don’t miss performing.”

“At this point, I’ve done so much, I feel fulfilled with the adventures I’ve sought out in my life. I’m in a great place, and the world is so different now too. The mid-1990s are an era that will never exist again. I’m just so grateful that I got to witness and partake in it. I look at technology now, and it’s unbelievable. Sure, you can post anything at any time on Instagram and you’re able to control your own narrative, and that’s incredible. But you’re tied to your phone, and you’re so dependent on it. We’ve exported our entire brain capacity into this little thing we carry around in our hand. We’ve lost touch with our humanity and our humanness, and I think it’s really healthy to not have to be accountable for every minute of our day.”

“It’s fun to just not have anybody know what I’m up to. Because my time is all mine,” she continued. “I’m not selling any films, and because I’m not selling anything, I don’t have to give anybody anything. I’m not doing this anymore. I’m living my life.”

So, are you buying her story? Because not everyone does…