Expert Predicts The Human Race Will Become Extinct In The Next 760 Years, So That Kind Of Sucks 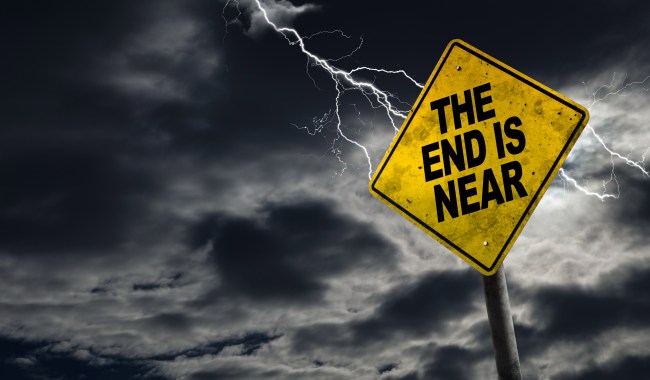 Okay, okay… I know. None of the doomsday prophecies put forth over the last few years have actually come true. But were any of those apocalyptic theories based on a mathematical formula like this latest theory?! (I don’t actually know the answer to that question. I have no idea what the heck those previous theories were actually based on, but still… MATH!)

So just ignore those other end of humanity predictions that were made back in July of 2016, and in September that year. And the three predictions they made in January of 2017. And those other times the world was doomed, like last February and those two times May, December, and again in January, April, and July of 2018.

This time we’ve got MATH on our side.

Back in 1993, Princeton astrophysicist J. Richard Gott III said there was a 95 percent chance that the human race would cease to exist within 12 to 18,000 years. Quite a broad range, I admit, but at least he gave it a shot.

Naturally, there were naysayers, because… humans. 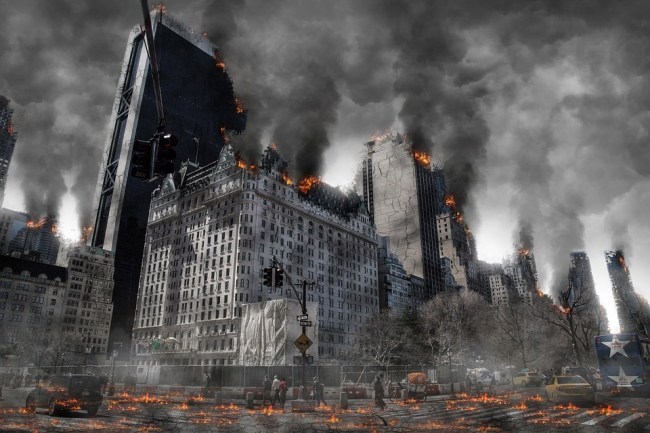 However, one human, William Poundstone has written a book called The Doomsday Calculation: How an Equation that Predicts the Future Is Transforming Everything We Know About Life and the Universe, and he recently wrote a lengthy piece for Vox explaining his new prediction for the end of the human race.

Gott calls his prediction technique the Copernican method. Copernicus, the great Renaissance astronomer, asserted that the Earth is not the center of the universe. Over the past centuries, astronomers have generalized this claim to the credo that humanity’s position in the universe is unlikely to be central or special. Our sun is an ordinary star in an ordinary galaxy. The cosmic “you are here” dot says we’re smack in the middle of Randomville.

Homo sapiens has been around for about 200,000 years. There has been a huge population explosion in the past few millennia. Thus, as a random observer of my own species, I am far more likely to be living at a time when more humans are living (such as right now). This needs to be taken into account. The easiest way to do that is to use human lives, rather than years, as the marker of time.

Imagine a complete, chronological list of the human race: every person who ever lived or will have lived, sorted by time of birth.

Half the people who will ever live are in the first half of the list. Half are in the second half. These statements are necessarily right, no matter how long or short the list may end up being.

You still with us? Here comes the kicker…

Demographers have estimated the total number of people who ever lived at about 100 billion. That means that about 100 billion people were born before me. Currently, about 130 million people are born each year. At that rate, it would take only about 760 years for another 100 billion more people to be born. That’s the basis of the claim that there’s a 50 percent chance that humans will become extinct within about 760 years. The flip side of the claim is there’s also a 50 percent chance we’ll survive past 760 years, possibly long past that.

Well, Gott did predict the fall of the Berlin Wall in 1969, saying it would fall at some point between the next 2-2/3 and 24 years. Demolition on the wall began 21 years later! FACTS!

So, while this new prediction doesn’t put any of us in immediate danger of being the last people on Earth, it is something we should definitely be passing down, giving a heads-up to the next 10 generations or so. Right?