‘Riverdale’ Star Gets Shredded For Movie In Just 21 Days, Probably Because His ‘Day Off’ Was Absurd 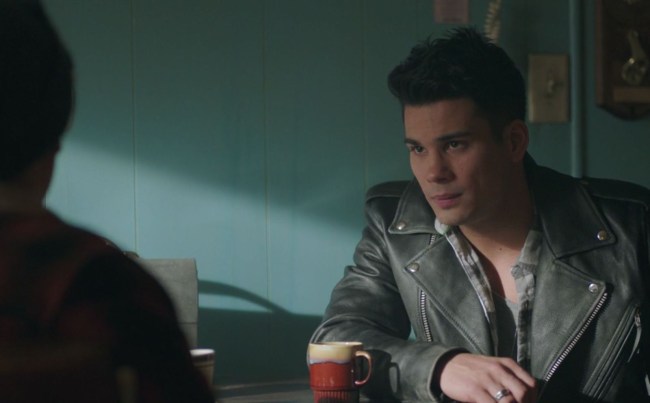 There really are no “secrets” when it comes to celebs getting ripped for movie roles.

Whether it’s one of the superheroes or John Wick, Brie Larson, Eddie Hall, James McAvoy, Aaron Judge, Zac Efron, or Michael B. Jordan, the recipe for ripped success is usually the same.

Tanner, who plays Fangs Fogarty on the CW show, was cast in an upcoming Netflix movie, produced by Alicia Keys, titled “Work It.”

Tanner told Men’s Health that the film’s director had a particular vision in mind for the character.

“She told me, ‘I want people to watch this movie, and I want you to be like, the hot guy of the generation. I want it to break the internet’ were her words.”

That’s a ton of pressure for one person. Adding to the pressure was the fact that Tanner had just 21 days to go from an above-average physique to insanely cut.

The actor hooked up with trainer Alex Fine and got to work immediately.

The results might not “break the net,” but they’re pretty amazing. Tanner’s regime, both exercise, and eating is borderline psycho.

First, Tanner was forced to move into Fine’s house, for working out and motivation purposes.

Then, the trainer unleashed 21 days of hell.

Day 2 of the program, for example, consisted of a speed run session in the morning (3 sets of 1 mile runs at a fast pace, with .5 mile walks for recovery), then a back day circuit workout. To close out each day, Fine had a different core session to put even more focus on Tanner’s midsection.

Fine admitted to MH that for the first week, Tanner was “pretty f*cking miserable” but eventually became one of the hardest working people he’s ever trained.

As for diet, Tanner estimates “he was eating about 1,200 calories a day during the first week of training, before dropping to 1,000 calories a day for another week, then 700 calories through the last 4 to 5 day stretch.”

“I could have whatever smoothie I wanted from this bar,” he says. “I used to trick that up and add maca, add the essential oils, the whole bit. They were like, $20 smoothies by the end of it.”

Fine posted before and after photos of Tanner when the 21 days were up.

I was able to work with @drewraytanner over 21 days for Movie Role Prep. He’s an extremely dedicated nerd who dropped 19lbs and got shredded in 3 weeks. We are selling his exact workout program in my bio. It’s absolutely brutal. We’re giving u the ingredients to the sauce but u still gotta make it. #transformationtuesday

The results are hard to argue, but both men explain that the program was built “only for that super short prep window” and that this type of intense training and meal plan isn’t sustainable in the long term.