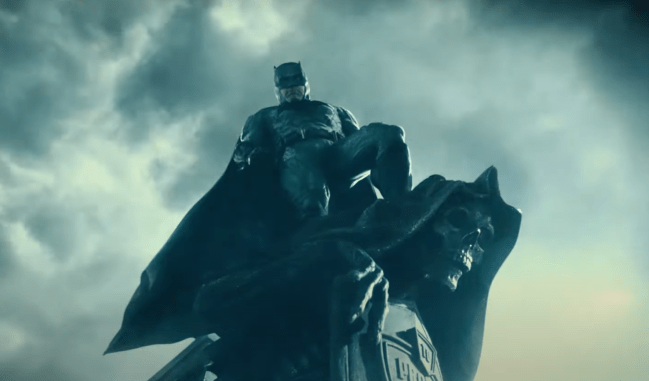 BENNNNNNNN! My guy BEN. What a week this dude is having. What a year, really. He even seemed like he was thriving during quarantine, to be honest — smoking cigarettes THROUGH his mask, sleeping with Ana de Armas and what not. Starred as Ben Affleck in the hit movie Ben Affleck (it was actually called The Way Back and it was about an alcoholic high school basketball coach), popped back up in the Batsuit in Zack Snyder’s Justice League which, somehow, wound up *not* being a dumpster fire.

By my calculations, were in the midst of the THIRD comeback of Affleck’s career, and I’m not sure it’s even peaked yet: later this year, ole Slick Benny is set to star in two films that have the makings of award season contenders: Ridley Scott’s The Last Duel (alongside his buddy Matt Damon) and George Clooney’s The Tender Bar. Oh, and of course, there’s also the whole J-Lo thing, as the pair seem fervently intent on rolling the clocks back to the early 2000s, which, frankly, is an understandable desire.

RELATED: The Unkillable Ben Affleck Had A Better Weekend Than You

"Time is a flat circle" pic.twitter.com/DmkG0P1sce

Tucked into this mini career renaissance is an (apparent) final appearance as Batman in the DCEU, as the 48-year-old will be starring alongside Ezra Miller’s Flash, Michael Keaton’s Batman, and Sasha Calle’s Supergirl in 2022’s The Flash. With the film in the midst of production, recently leaked set photos have revealed that Affleck will be doing some Batman-ing in the film and not just appearing as Bruce Wayne, which is what some (myself included) previously believed.

Not gonna lie — and it’s not specifically due to these set photos, and more so what I’ve been seeing and hearing — but I’m becoming quite bullish on The Flash. Director Andy Muschietti is a legitimately talented filmmaker, and as much of a draw as three Spider-Men might be, I’d argue that two Batmans are equally enticing. We don’t even know who the villains are going to be at this point. Granted, it’s *a lot* for Muschietti and the unreliable DCEU to pull off, but if they do… The Flash could legitimately wind up as one of the great comic book movies.

At this time, The Flash is scheduled to hit theaters in the United States on November 4, 2022. Who knows — by they, Ben Affleck may be an Academy Award-winning actor. When this man is on a hot streak, there’s nothing he can’t do.

EXCLUSIVE: Zack Snyder On The Most Misunderstood Aspect Of Batman – “I Like The Batman That F–s To Forget”