6 Of The Most ‘Terrifying, Harrowing’ And ‘Wild’ Bigfoot Stories Of 2022 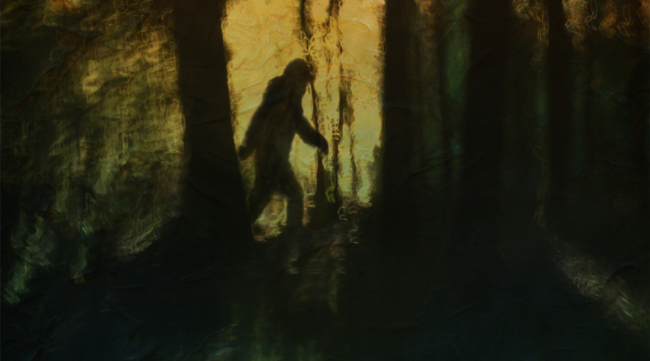 As we wrote back in May, “While most people probably don’t believe in the cryptids such as the Loch Ness Monster, Chupacabras, Mothman and the Jersey Devil, the one that might be the hardest to dismiss is the legend of Bigfoot.”

One of the big reasons for that it the prolific and widespread nature of Bigfoot stories.

In the United States, the only state to not have a Bigfoot encounter recorded in the Bigfoot Field Research Organization files is Hawaii. 24 of those states filed a report in 2022 alone.

A related theory is that they are only seen in our world by certain types of people with the ability to observe, even briefly, parallel universes.

Of course, whether the creature actually exists at all is always up for debate, but the interest in Sasquatch continues unabated regardless.

Below are six of the wildest stories about Bigfoot we reported on in 2022.

“At first I thought it was a bear as ‘it’ was big and ‘it’ was moving quickly,” the man said. “Whatever I was seeing moved with a slope of a walk. I soon realized ‘it’ wasn’t a bear. I thought ‘it’ looked like a big man wearing a large over coat with the collar turned up.”

He continued, “‘It’ didn’t slow down, despite walking through three feet of snow. Something which would have almost stopped me dead in my tracks.”

The witness added, “At the time I didn’t hear or smell anything. This thing was big, though, but it would be hard to gauge its exact dimensions from the distance between us. I had only been stopped for about a minute but it seemed like an hour standing there. Still shaking, I decided it was do or die and I pointed the snowboard straight down the track and went as fast as possible.”

“I worked on a horse farm in Manitoba and on this one winter night I went to the oat shed when I heard a wham against the back wall,” said witness Jacqueline Lange. “It scared the sh-t out of me, I left the shed and expected to see the geldings but there weren’t any.

“I then heard shuffling next to me in the shadows behind the shed. I backed up until I could see a head and shoulders taller than the line of the shed. It looked one way, then the other and turned back staring at me.”

The next day the local newspaper ran a story about a police officer who claimed to have seen a “tall hairy thing which jumped across a ten foot fence” the night before.

Hunter Tells Wild Story Of Having Bigfoot-Like Creature In His Sights For 20 Minutes: ‘I Was Scared’

“I put my gun up immediately because I don’t take binoculars, I use the gun that way when I see something through the scope, if it’s shootable I’m already there,” said the hunter. “So I put my gun up on the shooting rail, still like kneeled down on the floorboard of the deer stand, and I scoped it and it’s like going down to the ground then it walks a little bit and stands up real tall – like a person – and it’s looking away from me.”

He continued, “He spun [while on all fours] to look my direction, and it’s going to sound weird, but I’m just telling you, he spun like a spider. He went hundred and eighty like immediately, which freaked me out and I flipped my safety off because it was crazy how fast this thing flipped around and it was all stretched out, which was crazy.”

Then added, “It went from flat on its belly to its knees to standing and leaping completely off the middle of the road to like 30 feet to its left and then it ran so quick it looked like it was like on a zipline.”

Bigfoot Sighting Renews Interest In The Legend Of The Ohio Grassman

In a video shared on November 11th, the Grassman was caught on camera three times.

The witness who shot the video, Nathan Gray, stated that the creature was “9 feet easily” and “moved like lightning.”

“I was seriously in shock when it first stood up in the spotlight,” he wrote. “I couldn’t hold the camera still to save my life.”

Mayville resident Peter Wiemer claims there have been dozens of Bigfoot sightings in the area over the years.

“They are from all kinds of walks of life. There’s 45 eyewitnesses that have reached out to me, there’s a hundred or more in Chautauqua County that aren’t talking to me,” Wiemer said.

Sasquatch researcher Steve Kulls explained why, despite so many sightings in the area, a dead Bigfoot carcass has never been discovered in the woods.

“To find a dead bear in the wild is unheard of, the same thing with a coyote or a fox even, because the environment has its own disposal system.”

Read the full story and watch a video here.

“It appears the boaters are going closer to land to get a better look at what they just saw,” said a Rocky Mountain Sasquatch Organization investigator while discussing video of the alleged sighting. “When I replay this again I want you to notice the camouflage color of the Bigfoot. The grass and the foliage on the ground, it’s nearly the same color … that thing is the same color as the undergrowth. If it laid down you probably would not be able to see it unless you knew it was there. Just amazing camouflage. Great color for the environment.”

Read the full story and watch the video here.