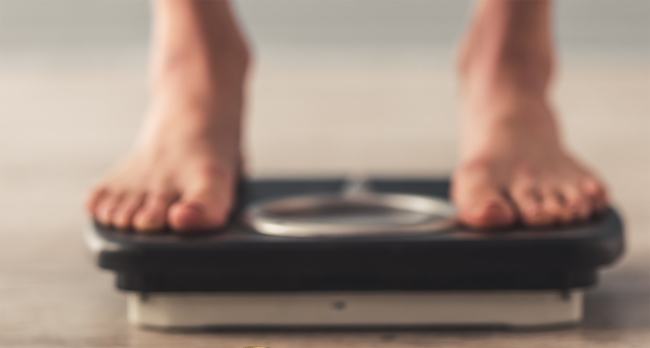 His bad habits started in middle school and continued through high school when he would get picked on and turn to food for comfort.

Then, after a breakup in 2018, he got so big that he had a difficult time even finding a scale that could weigh him accurately.

When he was at his heaviest Vysocky says his best friend dragged him to a Planet Fitness.

“It was hard,” Vysocky told Men’s Health. “There were definitely days I didn’t want to do it, but I always pushed myself to go to the gym. I would stumble and fall, but then I’d get back up, and tell myself it’s just one bad day, and not to let it consume the goal I had set for myself. One bad day is not a bad week or month.”

So, the big question, of course, is, how did he finally do it?

“I started out with light impact cardio like the elliptical machine,” said Stephen. “I remember the first day at the gym I could barely do five mins without huffing and puffing and feeling like I was going to die. But as time went on I worked myself up to being able to do a full session on the elliptical, and then began some very light weight training. After I started a good rhythm at the gym, I really focused on my diet. I cut soda out of my life completely. I also eliminated all fast food. If I was going to commit, I had to commit 100 percent or this was never going to work.”

3 yeas ago vs today pic.twitter.com/B94DCxrNXF

One of the neatest parts of Stephen’s story is that he did it all without the aid of a trainer. Instead, he just took it upon himself to develop a program using YouTube videos and advice from people like The Rock.

He said he just set reachable goals, achieved them, then set new goals.

“I knew that if I could commit to a year and see these results, I could give myself another year,” he said. “Soon after that goal, the pandemic hit and all the gyms closed. At that point, without access to my regular workout equipment, I began jogging at my local park, and adopted a keto-based, low-carb diet in order to continue achieving my weight loss goals.”

Now, after losing 240 pounds, he weighs in at 265 pounds, or almost 50 PERCENT less than what he used to weigh.

“My body no longer aches, and I’m able to walk pain-free,” said Vysocky. “My everyday stresses, I’m able to work them out in my gym sessions. I no longer have that dependence on food. I have never been so happy.”

He says he is far from done (a GoFundMe has been set up to help defray the costs of removing excess skin), but wants to share his message with others looking to make a change.

“Half the battle is getting started,” said Vysocky, after losing those 240 pounds. “I will tell you I used to be one of the laziest people you would meet — but once you set a goal for yourself and you get started, you will be unstoppable. I challenge myself to be one of the hardest workers in the room. I might not be the best, but I will be the hardest worker there.”

Want to get into better shape? Peep the workouts and diet plans that these famous people follow…