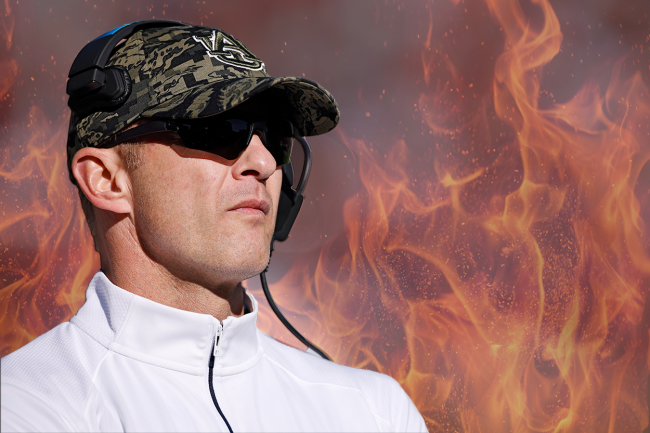 Auburn football has had an extremely chaotic 18 months. The Tigers hired Bryan Harsin in December of 2020 with hope that he would be the next great coach to lead them back to consistent national relevance.

However, that sentiment was not felt by all of the people around the program— particularly the boosters. Many of them were against the hire from the jump.

And when Auburn went 6-7 with a heart-breaking overtime loss to Alabama, that only escalated. The team’s defensive coordinator took a significant pay cut to coach elsewhere and rumors started floating about Harsin and his personal life. All of them proved to be untrue, and the overwhelming belief is that they were spread by the boosters in an effort to get him out of there.

Ultimately, the school opened up an extensive investigation into Harsin, his conduct, and how he runs the Auburn program. Harsin remained adamant that he did not do anything wrong throughout the entire process and the investigation found that to be the case. He was cleared of all allegations and was not fired like some of the boosters hoped that he would be.

Now that the dust has settled, significant question marks remain around Harsin and Auburn’s ability to contend for a College Football Playoff in 2022.

Lindy’s Sports recently released its preseason college football preview magazine. Within the lengthy lookahead at the fall, several anonymous coaches were quoted about the SEC.

They were offered the chance to speak out about every program in the conference, providing an unfiltered perspective from an outsider ahead of the 2022 campaign.

The coach that spoke about Auburn did not hold back. His or her outlook for the Tigers was rather grim.

“All I’ve heard about Auburn is it’s a dumpster fire. They’re really in chaos. I don’t know what kind of talent Auburn has. I don’t remember them recruiting at the level Auburn recruited at when they had great teams. It doesn’t always have to be 10 first rounders, but you need 10 draftable players. I don’t think they have 10 draftable players on the team, much less in one class.”

To call a program a dumpster fire is not promising— for the school or its head coach. Many of the boosters on The Plains want Harsin out and if success is not found, then he could be on his way out come December, or even sooner.