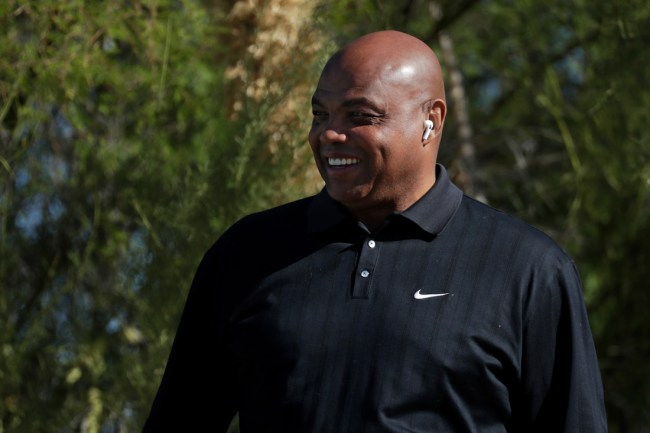 What makes Charles Barkley so great is his honesty, as the TNT analyst never opens his mouth without telling his absolute truth. That doesn’t necessarily mean that the Basketball Hall of Famer’s always right, but it does mean that he isn’t one to mince words about topics, and won’t just say things to get a reaction — as so many media people do.

So when Barkley was recently asked about all the James Harden trade rumors — which have the former MVP linked to teams like the Brooklyn Nets and Philadelphia 76ers — Sir Charles didn’t hold back on what he’d like to see. And, as you might expect, the dude gave a savage answer.

Recently joining ESPN Radio, Charles Barkley said his dream scenario for Harden would be to end up in Brooklyn alongside Kevin Durant and Kyrie Irving. But it’s not because The Chuckster wants to see how great that All-Star trio can be, but, instead, because he wants to see the whole thing implode. Barkley specifically pointed out how all three superstars — who seem to be fragile when it comes to the media — would handle the New York press.

“I want to see James, KD and Kyrie together with that New York media. That’s just my dream scenario… I want that more than anything in the world.

Before anybody gets upset with Charles Barkley’s comments here, let’s not forget that Irving recently called out the media, even referring to them as “pawns”. That sort of attitude pissed off Barkley, with the analyst recently firing back at Kyrie, and telling him to stop acting like he’s the smartest person in the room.

Not only has Irving has a few run-ins with the media over the years, but Kevin Durant has as well. Remember, this is the same guy who openly admitted to using burner accounts on social media to voice his opinions, and has slammed certain media members for their reports. To add Harden into that mix would be fascinating, as he often shows a certain sensitivity to the media. In New York, that’d be accentuated even more so.

Who knows if Charles Barkley gets his wish or not, but it’s hilarious to see him troll prima donna stars like Harden, Durant and Irving publicly, knowing they don’t have the mental fortitude to handle a little criticism. And, like Barkley, at least one other former player, Ray Allen, also thinks that bringing the three together on one team is destined to fail. Man, I sort of hope this all happens and we just see the dumpster fire actually happen.