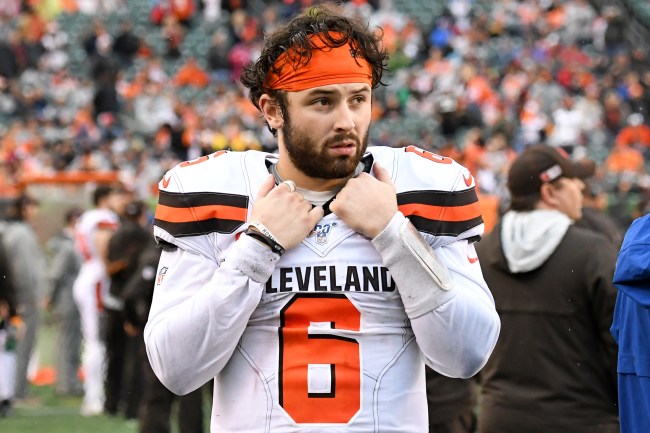 Ah, yes, the Cleveland Browns. As a lifelong fan of the dysfunctional and heartbreaking franchise, I’m really at a loss for words when it comes to the amount of shittiness associated with my favorite team. From the rotating head coaching carousel — which continued this offseason after Cleveland fired Freddie Kitchens after one season (who was awful) — to the search for a franchise quarterback — which extends all the way back to the team’s “rebirth” in 1999, and continues this year with a make or break campaign for Baker Mayfield — the Brownies haven’t had much bite to their tiny bark in the past couple of decades.

If you need further proof of the demoralizing feeling of a Cleveland Browns fan, just remember this stat: The team has the longest current playoff drought in the NFL, having not reached the postseason since 2002 — which, unshockingly, was a loss to the Pittsburgh Steelers after blowing a 17-point lead in the 4th quarter. Yeah, the Browns suck, and they just make it easy to continue to crap all over them.

The latest way? The team’s attempt at raising money for COVID-19 relief efforts, which involved teaming up with the All In Challenge by putting up an offer for a fan to call the first 15 plays of one of the team’s preseason contests. Don’t get me wrong, the idea is amazing — and for a great cause, as we’ve seen other auction items like being a guest of Tom Brady’s at a Buccaneers game, and a round of golf with Justtin Timberlake and Bill Murray — but, considering it was the Browns, there were way too many jokes to be made.

Take a look at the offer below, which was delivered by the team’s new head coach, Kevin Stefanski.

Think you can script an NFL game?

Coach Kevin Stefanski is offering the chance to help script 15 plays for one of our preseason games and even more immersive experiences — all for a great cause!

This is actually an amazing idea, because preseason NFL games don’t matter at all. But the Cleveland Browns don’t even know how to call their own successful plays, so when they offered up the opportunity for fans to call the first 15 scripted plays of a meaningless game, there were plenty of jokes to be made by folks on Twitter. Take a look below at some of the heat coming in from social media.

Media: who will be calling the plays this year, you or Van Pelt?
Stefanski: THE FANS pic.twitter.com/SstaY0Dx0c

Damn Freddie Kitchens wouldn’t let his OC call a play but Stefanski wants us to call 15 of them?!?! The balls on this guy lol

Run “Chubb Right 88” the first play so there are 14 plays scripted for the second drive. #ALLINCHALLENGEpic.twitter.com/icfKh5TClD

Just tell them to avoid the guys in the different jerseys. They have a big problem throwing to or running directly at the other jersey. Just give them that tip and watch the magic happen. The Schottenheimer years should have taught us "up the middle" doesn't always work.

I'd love to do it, but the sad fact is that if they put me in that meeting room and let me script the 15 plays. Its going to go so well that the whole staff is getting fired and i'm being given carte blanche to bring in my staff. I cant do that to coach stefanski

Run this play, then run it 14 more times. 60% of the time it works every time. pic.twitter.com/PdVRzAsem3

Yes…THAT’s why he’s doing this. He’s incompetent. It couldn’t possibly be a charity effort in a useless game, right?

Freddie Kitchens is gonna enter the contest to try and call a draw on 4th and 9.

Despite the fact the Cleveland Browns had stars like Mayfield, Nick Chubb, Odell Beckham Jr., Jarvis Landry and Kareem Hunt on offense last season, the team struggled mightily, which caused a ton of dysfunction and rumors that OBJ and Landry told opposing players to “come get me” — in reference to making a trade for them. The entire locker room blew up, and the franchise (once again) shit the bed on the season.

Considering all that happened last season, wouldn’t it be typical Browns for the lucky fan to call these first 15 plays of the preseason game do an A+ job, lead to big plays (and maybe a touchdown or two), and the players falling in love with his or her gameplan over the one actually put in place by the real coaches? It might be farfetched, but this is the Cleveland Browns we’re talking about, so anything is possible.