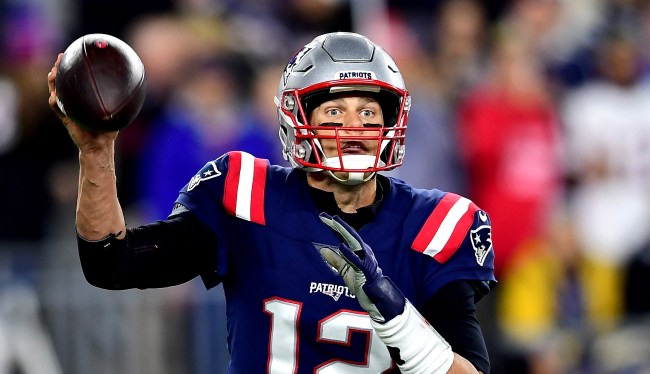 Every since Tom Brady became a member of Tompa Bay the future Hall of Fame quarterback has been acting very different than he did while a member of the New England Patriots.

Could it be that playing under head coach Bill Belichick was, while successful, more than a little stifling? Or is it, as Brady’s dad put it, 20 years of unrelenting dominance just got boring?

Based on comments we’re heard from other former Patriots like Rob Gronkowski, Wes Welker, and Danny Amendola, it could just be The Hoodie that made TB12 look for a new city in which to ply his trade.

Brady has certainly seemed a lot more casual about life since his move to Florida, hosting workouts with a couple dozen players on the regular despite being told multiple times what a really bad idea that is.

“Brady-Chopper” back in action high about Berkeley Prep for Tom #Brady and his Bucs Bunch’s latest workouts. Despite NFLPA’s recommendation for players to stop workouts together Brady continues to get his new team ready. #GoBucs @FOX13News @TheHerd @FOXSports @TomBrady pic.twitter.com/Nkr5eSKnTn

That change in behavior has not gone unnoticed by his peers either. Brady’s former teammate in New England, Christian Fauria, now a radio host on WEEI, expressed his opinion about Brady’s attitude adjustment on Friday.

“It’s so uncharacteristic,” said Fauria. “If you go back and look at some the old posts of guys who left and got away its like Shawshank Redemption. Danny Amendola. Gronkowski, remember that? ‘Be happy you’re free.’ It’s the same thing. He’s Andy Dufresne who is finally free. He’s in the river and he has his hands up, filled with poop and smells like crap and he’s like, ‘Finally, I’m free. Let me enjoy it. Nobody is going to break my stride. I’m going to be me.’ This is who he is. … The guy we saw for the last 20 years? That wasn’t Tom Brady, that was Clark Kent. What we’re seeing now is the real Tom Brady.”

Eli Manning, for one, has his doubts that will actually happen, at least this year, in Tampa Bay.

Meanwhile, as we wait to see, Brady seems very happy that Cam Newton has landed in his old stomping grounds up in New England.