Lolo Jones Confirms The Olympic Village Is Lit, Admits Going Public About Her Virginity Was A ‘Mistake’ 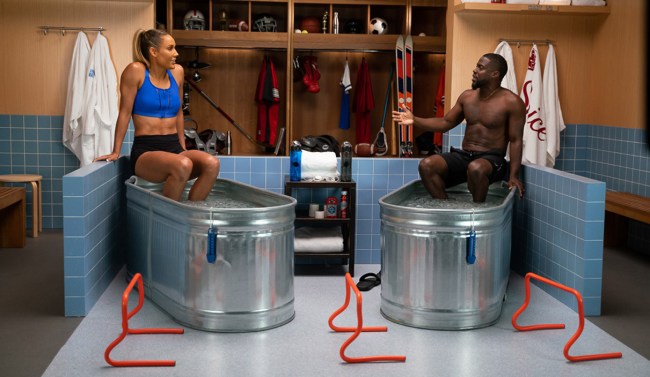 As anyone who has heard rumors about the debauchery that takes place in the Olympic Village when the event is taking place knows, someone like Lolo Jones, who has competed in both the Summer as well as the Winter Games, certainly has no shortage of great stories that she both can and cannot tell.

So when the 37-year-old hurdler and bobsledder got into the ice tub with Kevin Hart for the latest episode of his Cold As Balls series, there was no way he wasn’t going to ask her about it.

Oh yeah, they also touched on the other thing she’s most famous for: being a virgin.

Hart and Jones also talked about her appearance on Dancing With the Stars about which she said, “If people doubted that I was a virgin before that show, they had confirmation.”

As for her admitting years ago to the public that she is and will be a virgin until she gets married, Jones told Hart, “That was a mistake. That killed all my dates after that.”

“Before at least I had a chance,” Jones cotinued. “Before I’d tiptoe and be like, ‘Okay, when’s a good time to tell him? Do I wait until he sees my personality a little bit, or do I just drop the bomb?'” 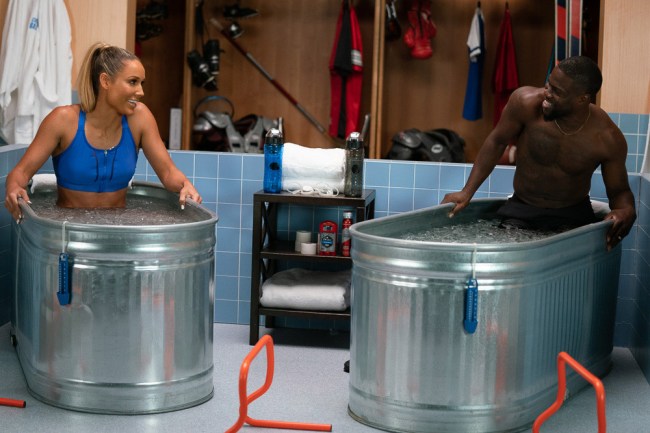 On the plus side of being a virgin all these years she joked, “I have a higher level of intensity because I don’t have any pressure release. Everybody knows me as a stressed out person.”

Also, I don’t know if they changed things up on the show since Draymond Green claimed the tubs aren’t actually cold, but much like Ronda Rousey, Lolo looked like she was freezing her ass off.

Jones and Hart also hit on the spinal surgery that nearly ended her career, how the movie Cool Runnings inspired her to take on bobsledding and hurdling in the Olympics, and how Hart is like the same height as a hurdle.

It was quite a chat.

Check out prior and future episodes of “Cold As Balls” on the Laugh Out Loud app and LaughOutLoud.com.