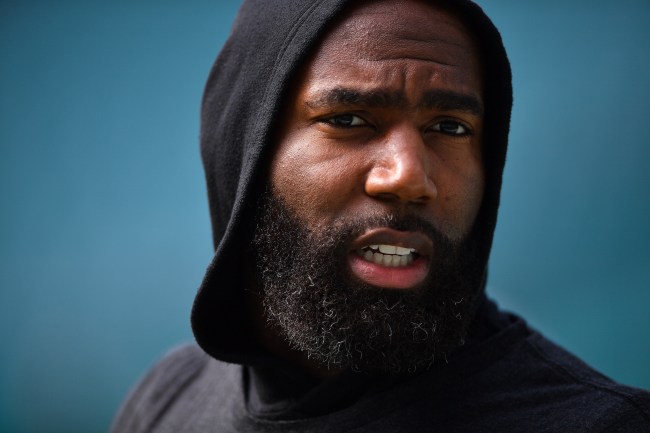 Malcolm Jenkins rejoined the New Orleans Saints this offseason, the team he was drafted by in 2009 and played five seasons with from 2009-13. And, while the three-time Pro Bowl defensive back brings a ton of talent to the Saints, he sure did ruffle some feathers and surprise some people by his comments to the face of the franchise — quarterback Drew Brees — over the signal-caller’s recent remarks regarding the Black Lives Matter protests.

To recap, when Brees said in an interview that he “will never agree with anybody disrespecting the flag of the United States of America or our country,” the future Hall of Famer opened a huge can of worms that found athletes from various sports absolutely trashing his opinion. From LeBron James to Stephen Jackson, Brees was quick to apologize to his teammates for not understanding what the current protests happening around the country are really about.

While James and Jackson kept things pretty tame, Malcolm Jenkins came in hot against Brees’ stance, posting a (since deleted) video of him laying into his teammate about being uneducated about the topic. It even included Jenkins simply telling Brees to “shut the fuck up” — which the defensive back is proud of saying in order to get his point across.

Recently talking to CBS about his reaction to Drew Brees’ comments, Jenkins doubled down on his reaction, and described why he’s happy he posted the video showing such raw emotion towards his teammate.

“I think we are in that amount where we need truth before we can have reconciliation, and that was an opportunity for me to share my truth, not only to Drew Brees but to anybody who’s watching.”

“Honestly, if at this point in time in 2020 people don’t understand what the protests [are] about then they are blatantly trying to ignore it,” Jenkins said. “So I try not to waste my time talking about the anthem … because it’s a distraction from the actual issues that are plaguing our black and brown communities, the things we need to get fixed.”

“I look back, and I’m glad that I chose to post that video.”

Good for Malcolm Jenkins for standing up for what he thinks is right; even though he did delete the initial video which saw him drop the F-bomb on his teammate. Even after that video was gone, Jenkins still posted another one that was just as critical of Brees’ stance, and challenged the quarterback to be better.

Whether it was due to influence from others, or just because Drew Brees wanted to be better and educate himself, the quarterback has since changed his tune about the Black Lives Matter protests happening around the country. In fact, he, and even his wife, have issued a number of apologies, with the quarterback even standing up to the President to show that he’s changed his stance now that he’s more knowledgable about what millions are fighting for.