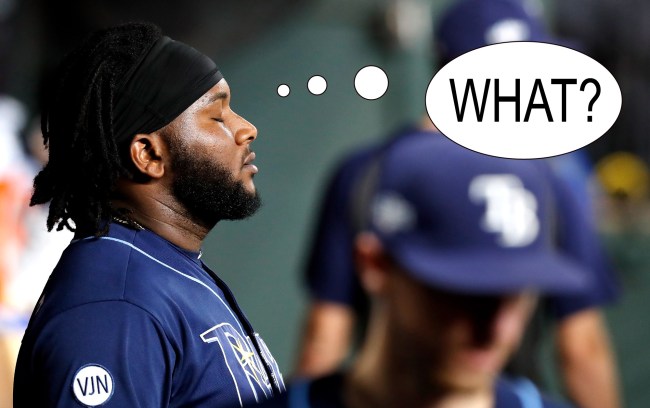 MLB Commissioner Rob Manfred is not having a great offseason. He’s had to spend most of it dealing with the Houston Astros’ sign-stealing scandal and the many criticisms that have been lobbed his way over the punishments (or lack thereof) he handed down.

Then there’s the whole Florida problem.

Attendance for Major League Baseball’s two Florida franchises, the Miami Marlins and Tampa Bay Rays, is pitiful. There’s no other way to put it.

The Rays have proven over the past decade that not even a winning record will help with getting fans into their ballpark. And the Marlins, well, since Derek Jeter took over they’ve been… not good.

In Miami, he hopes that Derek Jeter being “The Captain” and all, can right the ship.

However, in Tampa, short of a brand new stadium to replace the dump the team currently plays in, there doesn’t seem to be a great solution.

Back in June, the idea of having the Rays play a big chunk of their home games in Montreal was floated by Tampa’s ownership.

Here are the average attendance figures per game during the last five seasons Montreal had the Expos.

No wonder they moved to Washington D.C. Those figures are worse than what’s happening in Tampa and the Rays have finished last in attendance in the American League each of the past five years.

Despite those numbers, MLB Commissioner Rob Manfred still believes the Rays playing in Montreal is a great idea.

“People continue to believe that the two-city alternative they’re exploring is viable and could be a really good solution for keeping baseball in Tampa Bay,” Manfred told the Tampa Bay Times after a scheduled owners meeting.

“I continue to be impressed by the energy that they’ve devoted to the project. And to the fact there is significant receptivity among our group, and excitement in some quarters about the possibility.”

Manfred said Rays principal owner Stuart Sternberg had made a strong case to the owners, which mirrors the comments team officials have made publicly about the Montreal plan being their primary focus.

“I am 100 percent convinced and, more importantly, the other owners have been convinced by Stu, that this is best way to keep Major League Baseball in Tampa Bay,” Manfred said.

But with the two VERY different tax situations in Florida versus Canada, not to mention the logisitics of travel, and the requirement to have two homes – in two different countries – will it be the best way to keep any good players in Tampa Bay?