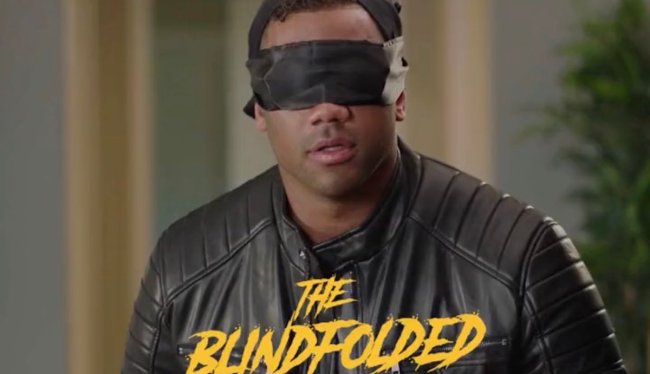 Life as a Denver Bronco has likely been far from what Russell Wilson imagined it would be when he was traded to the team, as the former Super Bowl-winning quarterback is not only struggling mightily on the field but is getting absolutely roasted off of it.

Without the cover of anonymity that the Pacific Northwest apparently provided him with for the last decade or so, the NFL world has been harsher on Wilson than ever this season, as his personality seems to be as much of a focus as his performance.

The 33-year-old signal-caller is currently receiving criticism from all angles, as he’s being roasted by local news anchors, ESPN analysts, fellow football players, and regular NFL fans. And, to be fair, he certainly isn’t making things any easier on himself with his unrelenting corniness, as evidenced by him bizarrely saying “Let’s ride” following a loss, or appearing in painstakingly cringeworthy Subway commercials. And this latest Subway commercial, in fact, may actually be the most egregious thing Wilson has done all season.

“Is this real life?” wondered this Twitter user after seeing the video.

“This man is the worst,” tweeted another user.

“I’m never eating a sandwich again,” this guy joked about the cringeworthy commercial.

After playing four primetime games in the first six weeks of the season (much to the chagrin of football fans, by the way), Wilson and the Broncos finally won’t be on national television this weekend as they host the surprisingly decent New York Jets. Should the Broncos lose to the Jets, their record will drop to 2-5 and it will truly be time to panic in Denver, especially considering that Wilson is just at the start of his contract that ties him to the team until *at least* 2025.