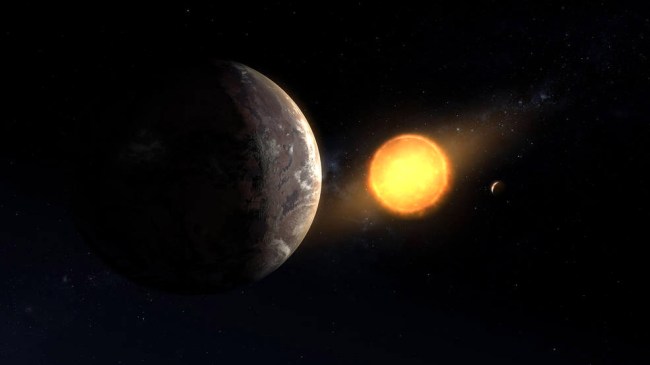 A newly discovered planet, named Kepler-1649c after NASA’s Kepler telescope which provided the images a team of transatlantic scientists recently used to locate it, could be the locaton of the next “Earth.”

NASA’s Kepler telescope, which was retired in 2018, actually located the planet back when it was still active, but according to NASA, “While previous searches with a computer algorithm misidentified it, researchers reviewing Kepler data took a second look at the signature and recognized it as a planet. Out of all the exoplanets found by Kepler, this distant world – located 300 light-years from Earth – is most similar to Earth in size and estimated temperature.”

This newly revealed world is only 1.06 times larger than our own planet. Also, the amount of starlight it receives from its host star is 75% of the amount of light Earth receives from our Sun – meaning the exoplanet’s temperature may be similar to our planet’s, as well. But unlike Earth, it orbits a red dwarf. Though none have been observed in this system, this type of star is known for stellar flare-ups that may make a planet’s environment challenging for any potential life. 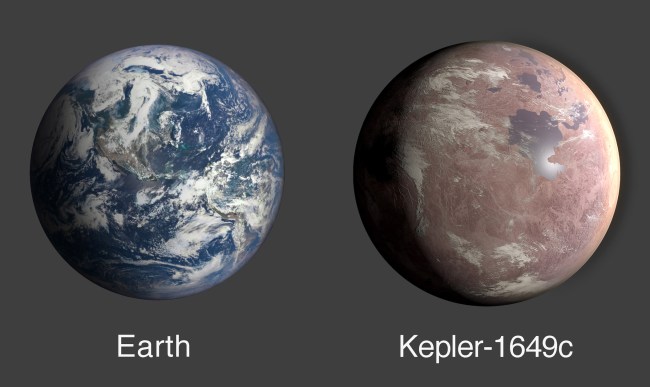 “This intriguing, distant world gives us even greater hope that a second Earth lies among the stars, waiting to be found,” said Thomas Zurbuchen, associate administrator of NASA’s Science Mission Directorate in Washington. “The data gathered by missions like Kepler and our Transiting Exoplanet Survey Satellite (TESS) will continue to yield amazing discoveries as the science community refines its abilities to look for promising planets year after year.”

An artist’s rendering of Kepler-1649c shows a scene that looks very much like our Earth with a lake filled with some sort of liquid and a sun or star setting behind some clouds just above the horizon. 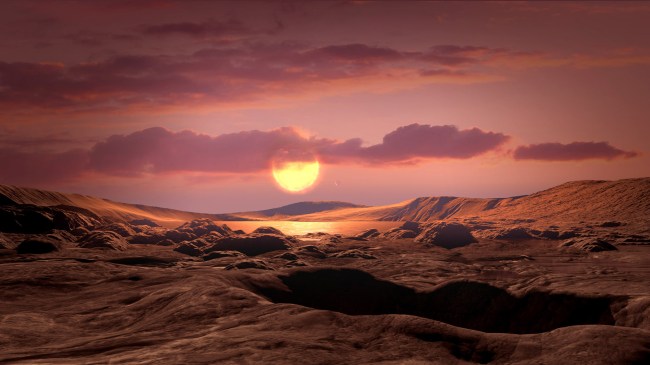 The Kepler telescope also found numerous other Earth-like planets that could be habitable during its run, but according to Andrew Vanderburg, a researcher at the University of Texas at Austin and first author on a paper published recently in The Astrophysical Journal Letters, “Out of all the mislabeled planets we’ve recovered, this one’s particularly exciting – not just because it’s in the habitable zone and Earth-size, but because of how it might interact with this neighboring planet. If we hadn’t looked over the algorithm’s work by hand, we would have missed it.”

Kepler-186f was the first Earth-size planet the telescope discovered orbiting a star in the “habitable zone” (the range of distance from a star where liquid water might pool on the surface of an orbiting planet).

This is all very exciting because if I am being honest, what with being locked down in self-isolation for so dang long now thanks to the pandemic, I am getting a little tired of being on this particular Earth.