Huge Fireball Spotted By Hundreds In The Skies Over Europe Sparks Concern, Amazement 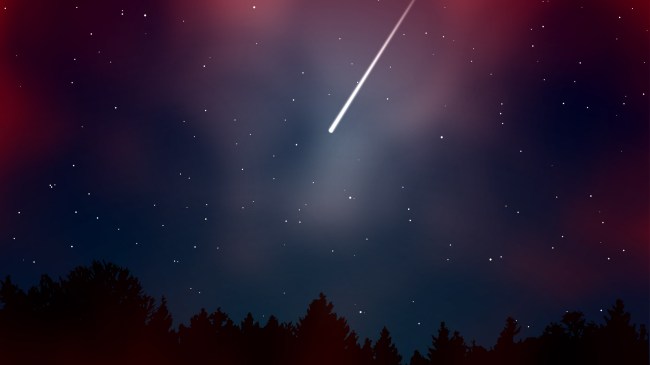 Residents of the Netherlands, Germany, Belgium, the United Kingdom, Luxembourg, Denmark, and France got a big surprise just before midnight local time on Saturday night when a huge fireball suddenly appeared in the sky.

Numerous people were able to capture the unique occurence on video and expressed shock at what they were witnessing, but perhaps the best footage of the fireball comes via the American Meteor Society, courtesy of a dash-cam video which shows the flash appear in skies above the German-Dutch border.

The fireball was so big it was also caught by six cameras in the AllSky7 network in Germany and recorded by at least four FRIPON (Fireball Recovery and InterPlanetary Observation Network) cameras.

“I’ve seen shooting stars this was completely different,” wrote one person in the United Kingdom who witnessed the fireball, reports the Daily Express. “Red orange in colour with a sparkly trail. It looked like it may have entered the atmosphere and exited it. It shocked me as the angle looked like it was going to strike the earth but then it disappeared. Gave me goosebumps.”

“It looked like a green rocket. Never seen such a bright fireball before,” wrote another observer on Twitter.

No worries though. NASA says there is only a one in 300,000 chance each year that a meteor or asteroid will actually make contact with Earth.

Plus, I’m sure all these fireball sightings people have been seeing lately are totally not aliens in spaceships entering our atmosphere. Right?

Previous space rock-related news…
• Alien expert believes he’s uncovered a extraterrestrial base on an asteroid in NASA image
• First images of ‘potentially hazardous asteroid’ on Earth close approach revealed; how to watch it fly by
• NASA is tracking a monstrous asteroid on Earth approach with the potential to wipe us all out
• Head for the bunker, NASA is tracking a giant asteroid on earth ‘approach’
• Heads up, a pack of asteroids is hurtling towards Earth at speeds of up to 27,500 MPH this weekend
• Russia plans to build a base on the moon to track asteroids on a collision course with the Earth
• Space agency expert predicts ‘serious impact’ from an apocalyptic asteroid: we ‘need to do something about it’
• Apocalyptic will hit in the next decade and space agencies are covering it up, says biblical scholar
• NASA reveals 10 dates when Apophis, the ‘Colossal God of Chaos’ asteroid, could smash into Earth
• NASA says city-killer asteroid the size of The Great Pyramid of Giza will have a chance of smashing into Earth in 2022
• A potentially hazardous’ 3,000-foot long asteroid is flying by Earth: here’s how to watch it
• NASA has spotted a giant Apollo asteroid, the most dangerous class of space rock, on a concerning Earth-orbit
• New asteroid detected, named the fourth most dangerous to hitting Earth according to the European Space Agency
• Space agencies are going to crash a spacecraft into an asteroid at over 14,000 mph to see what happens
• Experts warn ‘100 percent’ chance of asteroid colliding with Earth and action needed to prevent mass extinction