First Images Of ‘Potentially Hazardous Asteroid’ On Earth Close Approach Revealed; How To Watch It Fly By 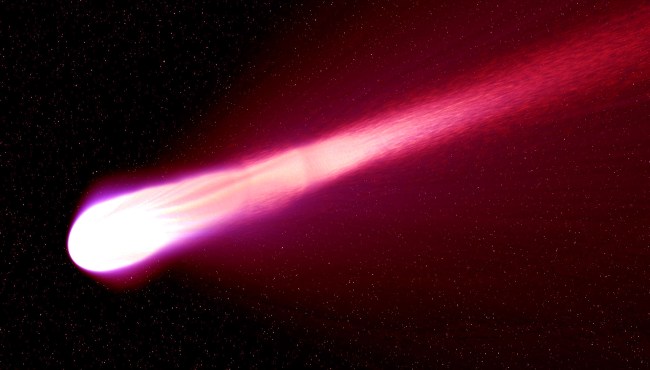 A few weeks back we brought to your attention Asteroid 52768 (1998 OR2), a behemoth of a space rock that is expected to make a relatively close pass by Earth near the end of the month of April.

Now, thanks to astrophysicist Gianluca Masi of the Virtual Telescope Project in Italy, we have our first look at the monstrous rock.

New images and video of the Potentially Hazardous Asteroid #1998OR2, while it safely approaches us.

Last night, we imaged Potentially Hazardous Asteroid #1998OR2, here it is our image.

Asteroid 1998 OR2, once it gets to its closest point with Earth on the morning of April 29th, will be bright enough for small telescopes to view it, according to Masi.

“We continue observing the Potentially Hazardous Asteroid 52768 (1998 OR2), while it slowly prepares its flyby with our Earth, coming as close as 6.3 millions of kilometres [3.9 million miles] next month,” states Masi.

Dr. Masi also told Express.co.uk that The Virtual Telescope will livestreaming the asteroid’s flyby of Earth for free beginning at 1 p.m. EST on April 28th.

And while 3.9 million miles doesn’t sound like its very close, orbital diagrams from NASA’s Jet Propulsion Laboratory provide a better perspective of just how close Asteroid 1998 OR2 will come to Earth.

Masi, however, assures everyone that it will not make any contact with our planet.

No, asteroid #1998OR2 will not hit us: it will be just something great to see and the Virtual Telescope will bring it to you live.

Previous asteroid scares…
• NASA is tracking a monstrous asteroid on Earth approach with the potential to wipe us all out
• Head for the bunker, NASA is tracking a giant asteroid on earth ‘approach’
• Heads up, a pack of asteroids is hurtling towards Earth at speeds of up to 27,500 MPH this weekend
• Russia plans to build a base on the moon to track asteroids on a collision course with the Earth
• Space agency expert predicts ‘serious impact’ from an apocalyptic asteroid: we ‘need to do something about it’
• Apocalyptic will hit in the next decade and space agencies are covering it up, says biblical scholar
• NASA reveals 10 dates when Apophis, the ‘Colossal God of Chaos’ asteroid, could smash into Earth
• NASA says city-killer asteroid the size of The Great Pyramid of Giza will have a chance of smashing into Earth in 2022
• A potentially hazardous’ 3,000-foot long asteroid is flying by Earth: here’s how to watch it
• NASA has spotted a giant Apollo asteroid, the most dangerous class of space rock, on a concerning Earth-orbit
• New asteroid detected, named the fourth most dangerous to hitting Earth according to the European Space Agency
• Space agencies are going to crash a spacecraft into an asteroid at over 14,000 mph to see what happens
• Experts warn ‘100 percent’ chance of asteroid colliding with Earth and action needed to prevent mass extinction