History Of Things: The Origin And Evolution Of The Fork Is Comically, Absurdly Complicated 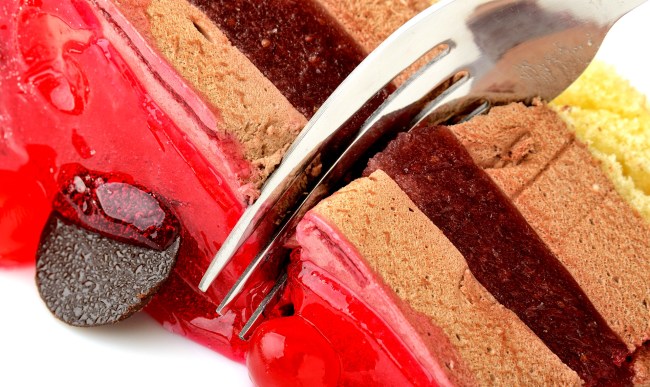 Forks let you stab food and then eat it which makes forks pretty much an extension of our most primal selves. But how exactly did we get the fork as we know it today, with its four tines and peak stabbing and eating ability? Well, that’s what we’re here to find out.

People have always needed ways to get food into their mouths without just cramming it in there with their hands like some grubby caveman or you after you stumble home drunk at 2AM. So, it makes sense that rudimentary forks have always popped up through time, the oldest probably being forks made from bone which have been found in China dating back to 2400BC. Imagine stabbing your meat with the bones of the same animal. That’s how hard the Chinese did it.

Meanwhile, in ancient Egypt, the Egyptians were also figuring out the worth of a fork. Sort of anyway. Their early version of the fork was used only when cooking which means they were so close but so far away from unlocking the fork’s true potential.

So how about the ancient Greeks and Romans? It seems the Greeks may have at least messed around with the idea of a fork, which makes sense given the Socrates and the Platos and such, but we’re not quite sure if they managed to make the leap into making it a reality. Look, don’t laugh at them, it’s not like we’ve put a man on Mars lately. It’s hard to know what you don’t know.

The Romans, however, seem to have figured out how to make the fork a reality. Like the Egyptians, however, these early Roman forks were mostly used in cooking. One difference though was that the Romans – or at least the really rich ones, as forking was likely a class signifier – did manage to make the leap from using forks when cooking to using them when serving a meal. And yet, they could not bring themselves to use the fork the way it was meant to be used. Again, so close, yet so very far away.

It wasn’t until the 4th century that someone figured out you could actually use that thing to put food in your mouth. Whoever this madman was, we know he lived in the Byzantine Empire, which was formed from the Eastern Roman Empire if you know your history. So, while the Romans didn’t figure out the table fork, at least their cultural and imperial cousins managed the trick.

Of course, the Byzantine Empire’s heart was in modern day Turkey, so using forks to eat slowly spread into other parts of Asia. How slowly? Well, it wasn’t until the 9th century that a fork, or at least something like it, was being used in Persia or modern day Iran. But by the 10th century, it seems that the table fork had spread throughout the Middle East and finally achieved its destiny.

It wasn’t that long, give or take a hundred years or so, that the fork found its way into Europe. Or at least Italy, which as the heart of the former Roman Empire had cultural and trading ties with its Eastern neighbors that the rest of Europe, which had been conquered by barbarians, didn’t. Those barbarians later grew up to be French, but they don’t like to remember those roots.

Forget about the French for now though because the Italians were way out in front of them in the forking game. Cultural and trading ties aside, the Italians with their pasta heavy diets found that forks were a godsend because it could grab the noodles better than what they had been using, a single long wooden spike. Try taking that into Olive Garden and see how well that works out. 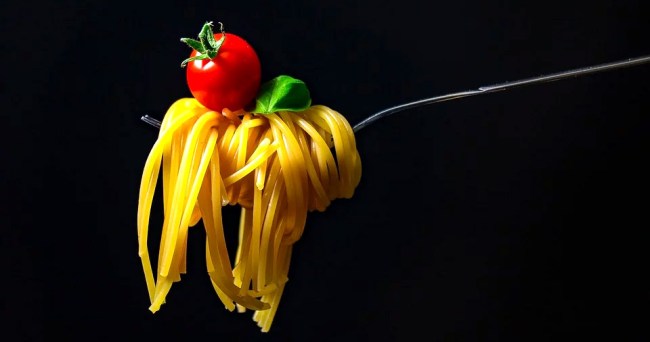 Over the next several hundred years, the fork fought its way into the heart of the Italian dining experience – hey, sometimes these things just take time – but by 1600 it was commonplace for a guest to arrive with his own fork and spoon in a box, which doesn’t really speak well to Renaissance era Italian hospitality. They may have made it out of the middle ages, but they still couldn’t be bothered to have forks for their friends.

This custom, however, of bringing your own fork and spoon in a box, was how the fork eventually started to spread into the rest of Europe. How? Well, a rich Italian lady named Catherine de Medici found herself marrying the dauphin of France, which is their fancy French way of saying “prince.” That prince would later become king and Catherine de Medici queen, and since she was the elite of the elite of Italy, she brought with her that fork and spoon in a box. The French court, with their old barbarian blood dressed up all nice now, was only all too happy to adopt the custom.

Around the same time, Spain and Portugal also began using the fork more and more frequently as an eating utensil. This likely was a result of rich Italians introducing the custom, much like Catherine de Medici in France. However, the rest of Europe was a little slower to pick up on the game.

The English knew what the Italians were up to, and later the French, but, naturally, they decided that using a fork was “unmanly” largely because, well, that’s how the English thought of the Italian and the French. Some things never change. Fair or not, England just wasn’t ready to submit to the power of the fork – a lot like it’s hard sometimes to admit that what is “unmanly” often just feels so good.

So, England was busy being stubborn hard boys, like your dumbass uncle who won’t drink microbrews because they’re for millennials and Chip from work who thinks he’s better than your uncle. And much like your uncle, the English missed out on some prime forking years, not adopting the practice until the 18th century.

It was around that same time that a little country now known as America was first opening its sleepy eyes and with the American Revolution came the adoption of the fork as an eating utensil. Some say the war for independence was fought with England, but others know that it was fought with a fork over bare hands. 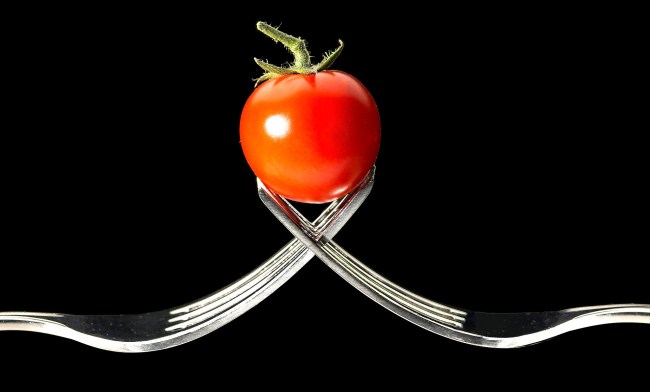 With the war over and done with, people had to get on with life, and forking played a big role in that new life, so it’s no surprise that it wasn’t long before the early Americans were perfecting the fork because that’s just what we do. And that is when the now universal four tined fork was born. It wasn’t done by one person, but many fork manufacturers, who experimented through the early 18th century until they finally reached a group consensus. Four tines were where it was at and obviously given that the fork has not changed at all in the years since, they got it right.

It is a long way from ancient China and Egypt to America, but the fork managed to find that way and we couldn’t have benefited more from its stabbing and eating potential. It had to fight off a lot of well meaning Romans who only wanted to use it as a cooking and serving utensil and it had to overcome the stigma of being an “unmanly” Italian and French affectation, but it made it to us and our mouths and we couldn’t be happier together.