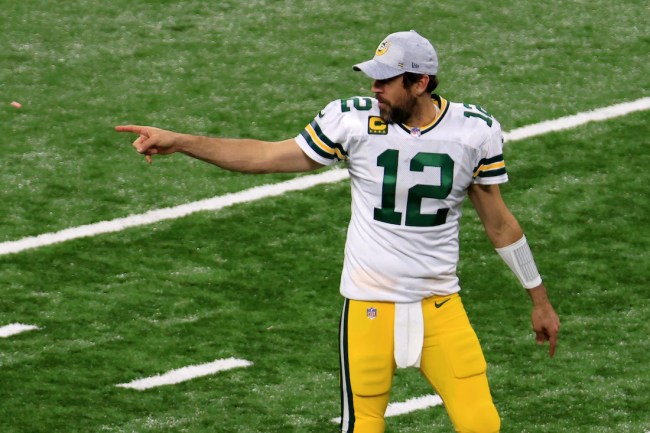 If it feels like Aaron Rodgers has played his last game with the Green Bay Packers, it’s because he probably has. The future Hall of Famer and reigning NFL MVP hasn’t shown much interest in returning to the only franchise he’s ever played for, and doesn’t seem like he’s budging from his stance anytime soon.

At different points during this NFL offseason, there were reports of Rodgers searching for a new contract from the team. There were rumors of him getting said contract offer and turning it down. There have been whispers of the quarterback retiring. And there has been speculation about whether the Packers will honor his request and just trade him at some point.

So far, this hasn’t been any resolution to any of this, just suggestions on how to mend fences.

With Aaron Rodgers skipping mandatory minicamp, the dangerous game of chicken that the Green Bay Packers have played with the quarterback has backfired. He’s still unhappy, and the franchise blew it in calling his bluff. So what might happen next? According to a former Packers exec — who remained anonymous — no one should expect Rodgers to fold and return anytime soon.

Talking to NFL writer Tyler Dunne, the anonymous former exec pretty much shattered any hope of Rodgers playing for the Pack again. That is, of course, unless big changes occur in the front office sometime this NFL offseason.

Here’s how one former Packers’ front office member put it: “He’s not going back there. Unless they make serious changes to the front office, I doubt he’s going back.

“That dude is not going back. I’m telling you.”

This all makes sense, of course, as Rodgers has reportedly pushed for the Packers to fire its GM, Brian Gutekunst. While the quarterback hasn’t publicly come out and said that, it’s a rumor that’s been picking up steam over the past month or so — and seems like the biggest issue the player has with the franchise right now.

Most people probably assumed Aaron Rodgers was just being a prima donna and causing some unnecessary drama — since he’s been known to do that in his career. But with the latest comments from the former Green Bay exec mirroring those made by Brett Favre about the situation, it seems like the quarterback really is prepared to either sit out until he gets what he wants or retire.