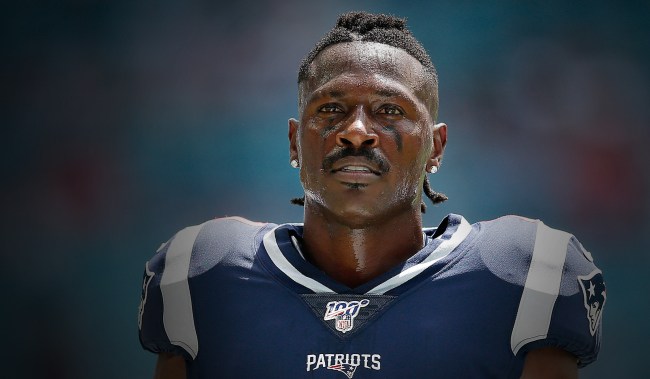 Antonio Brown’s list of alleged misbehavior over the last 11 months is staggering and there are no indications that it’s going to stop growing anytime soon.

Now, Robert Klemko of Sports Illustrated, reported on Fox Sports Radio on Wednesday that since the piece he published on Brown this week went live he has had four more people come forward to him about negative situations they’ve been involved in with him, including one that Klemko says is considering filing criminal charges against the wideout.

From @RobertKlemko w/us on @FoxSportsRadio – 'Since we published the Antonio Brown story in SI, we've had four people reach out to us about situations with him, and one person is potentially going to file criminal charges that are not sex or debt related.'

Since October of 2018, Brown has been involved in five legal incidents.

The first incident occured when Brown was sued for allegedly almost hitting a toddler with furniture thrown from the 14th story balcony of an apartment. Brown was also sued by the owner of said apartment for damaging the property and not paying for it.

A month later, in November 2018, Brown was cited for reckless driving after leading police on a 100 mph chase.

In January of 2019, Brown was allegedly involved in a domestic dispute with the mother of one of his five children. The NFL said they were going to investigate it.

Brown allegedly pushed female with two hands, causing her to fall to the ground.

Chef Stefano Tedeschi filed a lawsuit against Brown in July 2019 for $38,521, the amount he says he is owed from a 2018 Pro Bowl party that Brown hired him to cook for around 43 people.

A month later, in August, Brown’s former personal trainer Sean Pena filed a lawsuit claiming he was owed over $7,100 in back payments.

Also in September, Dr. Victor Prisk, filed a lawsuit against seeking $11,500 in payments for treatment during which at one point Brown farted in his face.

And those are just the legal issues we’ve seen widely reported, nevermind his getting run out of Pittsburgh, the whole helmet issue, the second woman claiming Brown made unwanted sexual advances toward her, and the farting on a doctor issue.

According to Klemko’s Sports Illustrated article…

Police were dispatched to his Pittsburgh-area home on domestic disturbance calls three times in the last four years. Each incident involved his longtime girlfriend Chelsie Kyriss, the mother of three of his five children; none resulted in an arrest. According to the police report of an August 2017 incident, Kyriss accused Brown of throwing a bottle of cologne and a bottle of lotion at her during an argument, then leaving for a preseason game.

But wait, we’re still not done.

In May 2018, on yet another visit by police to Brown’s 8,800-square foot home at the mouth of a quiet cul-de-sac in Gibsonia, Pa., Brown reported that a safe containing $50,000 in cash and jewelry valued at approximately $2 million had been stolen from his bedroom while he was away in Miami. Brown told police he had a suspect in mind: Sam Williams, a personal assistant whom Brown said was the only person with access to the home.

Police later determined that Williams “was hardly the only person with access to the house.”

Then there was the very public falling out between Brown and his trainer Bo Smith in 2017.

There’s more (no wonder Tony Dungy was so butthurt), but for all the details, please head on over to SI.com and read Klemko’s piece.