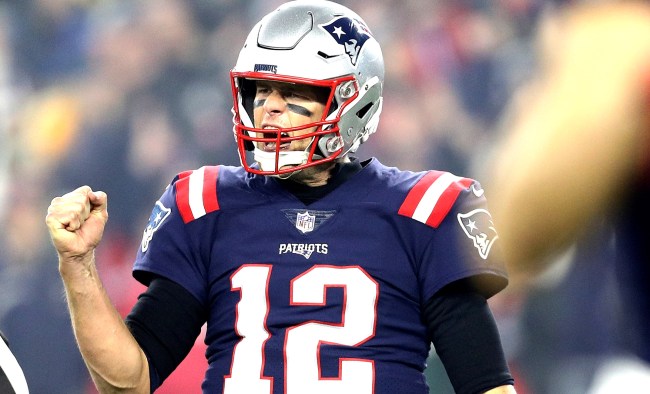 As a result, because it’s what it does, the internet was thrown into chaos trying to figure out what the photo is supposed to mean.

Not helping things is the fact that Brady shared the photo with his 7.1 million Instagram followers, plus 912K on Twitter, with no caption.

Also not helping matters is the fact that Brady has been linked to rumors that he could eventually sign with the Buccaneers, Bears, Browns, Chargers, Steelers, Cowboys, Panthers, Raiders, Colts, Titans, Cowboys, and Patriots.

While most reactions to the photo resulted in speculation about what it means. Some even thought it might have something to do with Kobe Bryant. (My guess is that it’s related to commercial that will air during the Super Bowl.)

There was a whole other segment of the internet that ignored the meaning part of it and did what the internet does best: turned Brady’s cryptic photo into a glorious meme.

Just saw the Tom Brady photo. My guess- this time next year he’s working at an Omaha Cinnabon under the name “Gene”#BetterCallSaul pic.twitter.com/B85o7RJGE3

Ya’ll are on this app debating which way Tom Brady is going or whatever but I’m over here with my thermal cam seeing the real story. Predator hiding in the shadows. Knew it. pic.twitter.com/OvXOxlzKEh

All you have to zoom in on Tom Brady's jacket and you'll have cracked the code in his cryptic tweet pic.twitter.com/kFmEFbUbPY

I bought this CD at Starbucks the other day.

Solid work, internet. Keep it up.