Mamba Sports Academy Issues Statement On The Deaths Of Kobe And Gianna Bryant, Her Teammates And Coach 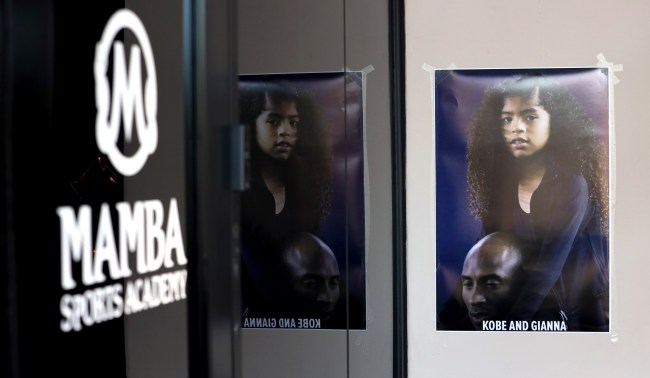 Following in the footsteps of Kobe Vanessa Bryant, the Los Angeles Lakers, the Mamba Sports Academy founded by Kobe Bryant, the place whose team his daughter Gianna Bryant played basketball for, has issued a statement addressing the shocking helicopter crash that took their lives, two of Gianna’s teammates Altobelli and Payton, coach Christina Mauser, as well as both of Alyssa’s parents, Payton’s mother, and the pilot Ara Zobayan.

“The Mamba Sports Academy family is devastated by the passing of Kobe Bryant, his daughter Gianna, and the seven other people lost on Sunday. We send our love and thoughts to the Bryant family and to the families and friends of Alyssa, John, and Keri Altobelli; Payton and Sarah Chester; Christina Mauser; and Ara Zobayan.

“Kobe Bryant was so much more than a partner in Mamba Sports Academy. He was a caring father, husband, coach, and champion of youth sports. We mourn not only one of the greatest athletes of all time, but an active and engaged member of our community, and a visionary whose impact was only beginning to be felt by society. He will be remembered most for the care he place and pleasure he took in educating the next generation, none more so than Gianna, Alyssa, Payton and their Mamba teammates.

“Through the shared values of attention to detail, relentless pursuit of passions, and dedication to excellence, we remain committed to honoring Kobe’s mission of inspiring the next generation of leaders in the world of sports and beyond.

“We have established the MambaOnThree Fund to support the other families affected by this tragedy. To help those families, please visit MambaOnThree.org.

“For those who are inspired to continue Kobe and Gianna’s legacy in youth sports, please visit MambaSportsFoundation.org.”

The last known photo taken of Kobe Bryant appears to have been snapped by 13-year-old Brady Smigiel at the Mamba Sports Academy on Saturday afternoon, while video shot by Blake Rosenthal, 15, on that same day has been viewed on TikTok almost half a million times.

When Brady Smigiel, 13, captured a blurry selfie with his idol, Kobe Bryant, on Saturday at the Mamba Sports Academy, he didn't know it probably would be one of the last photos of the NBA legend alive https://t.co/ke5RzUyJaB

Tributes to Kobe and Gianna Bryant continue to flow in with Beyonce being the latest high profile celebrity to issue her condolences on social media.

“I will continue to diligently pray for your Queens. You are deeply missed beloved Kobe,” Beyonce wrote.