We Already Know When ‘Stranger Things 4’ Will Begin Filming 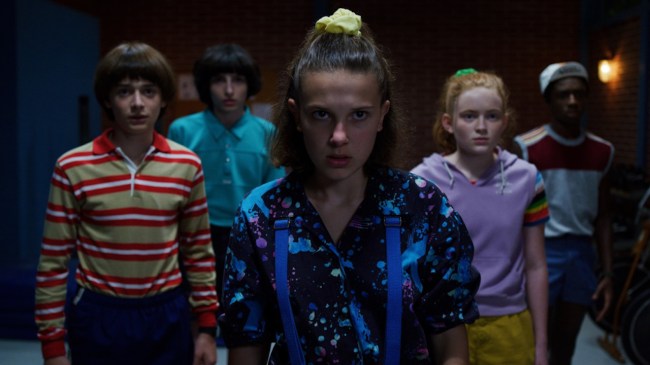 If you’re like me (which I sincerely hope not), then you’ve already crushed Stranger Things 3 at least twice already. Am I proud of it? No, absolutely not. But part of being an American is the ability to be your true self, and damn it, this is me, so take me as I am or not at all.

Given the explosive (literally) conclusion of Stranger Things 3, anticipation for the fourth season of the massive Netflix hit is at an all-time high, as Netflix used a post-credit scene for the first time ever to further ramp up speculation and hype about the fate of Chief Jim Hopper.

According to Production Weekly, Stranger Things 4 is set to begin filming this October, which likely puts it on track for a late Fall/early Winter release in 2020.

It should come as no surprise that Netflix is aiming to get Stranger Things 4 underway as soon as possible as the series is easily the biggest success they’ve ever had.

Plus, considering that Netflix just suffered its first quarterly loss of paid domestic subscribers since 2011, the streaming giant needs to take all of the home runs it can get.

Itching to go back to the Upside Down? Recap ‘Stranger Things 3’ with all of our recent coverage.