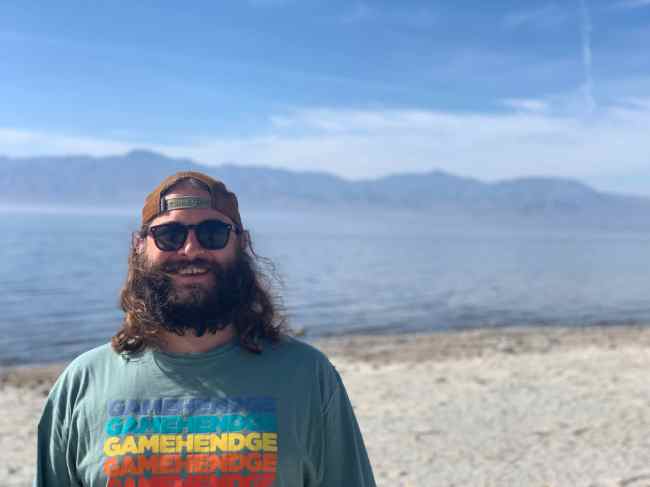 For the past 12 years, I’ve had to answer that question in every scenario possible to….

And then they either Google “BroBible” or put BroBible.com into their browser and go, “Ahhhh. I get it now.” Or they ask someone in their life who they assume self-identifies as a bro – usually a cousin, nephew, or co-worker – and they say “Oh yeah, I read that website.”

BroBible started in NYC in 2009. I started writing here in late 2009, linking up with J.Camm, DB, AZ, AG, and the rest of the early-days partnership team in New York City.

Blogging about growing up (gulp).

Somehow our audience just found us. A lot of it was luck. Some of it was strategy, but a lot of it was luck. The Internet was a much different place in 2009 – 2014, when consuming content on a mobile device was very new and social media just figuring out what it was as the fabric of the modern Internet.

Things at BroBible just clicked in those pre-social media years. It was pretty special. There were plenty of hiccups and misses, but we felt like we were building something special, fighting our damnedest to be player in an emerging industry. I’m not sure how many of those early days readers from the Brommunity years are still around – Hopefully some!

Over the course of many sleepless nights, we turned BroBible into a viable Internet publishing enterprise. For people like J.Camm, Cass, Doug Charles, and myself, we’ve turned it into a professional career that’s elapsed over a decade. It’s our full 9-to-5.

We don’t really scream about the story of BroBible a lot around here. If we’ve ever met in person, you know I’m pretty extroverted – a people person – but my philosophy has always been why make yourself the center of attention?

Make what you make the center of attention.

I still subscribe to that belief in a lot of ways, even if the logic is wrong as a business operator.

We’ve been so bad at telling our story over the years here at BroBible. Creating content on the Internet is a rollercoaster ride and one of our biggest flaws has been not really pushing the narrative nor showing how the content sausage is made on this website. We always ask ourselves, as a team, “does anyone really care about this? About us?”

And then we get down on ourselves and say, “No, probably not. We’re just dip shits – now well into our 30s and 40s – running a publishing business behind computer screens. Readers don’t care about us per se – they care about the subject material.”

That’s obviously not true. People are fascinated by the stories that go into making a business. Readers want to know how the sausage is made. They want the drama and the gritty, the stories of how you almost went broke or the big win that drums up all sorts of excitement for the business.

ESPECIALLY a ridiculously-named blog business like BroBible, now that we can say we’ve had some longevity.

BroBible has had three very distinct chapters. Strikes and gutters, but we’re still around and kicking. We still step to the plate. We still show up to blog.

And there’s an incredibly badass alumni network of people who have come into our orbit over the years, now doing their own thing and t-h-r-i-v-i-n-g at it.

That’s just the coolest thing to me. Someone starts out writing at BroBible and, years later, you see their career explode doing the thing they were put on this earth to do.

The media and technology landscape is more chaotic than ever, but BroBible still does its own little thing – contextualize news and views in a fun way. My hope is that you feel like you just had dinner and drinks with an old friend when you come to this website and get our take on the news and Internet as a whole.

Feels like just yesterday – a blink of an eye – even though it’s also been an eternity.

I went on the Ben and Tony Podcast a couple weeks ago to talk about my career as BroBible’s publisher at the moment, along with BroBible’s origin story. I hate hearing myself talk because I suck at it, so please grin-and-bare all those “likes”, “uhs”, and “umms.” I ramble a lot and mess up the occasional word usage.

I also talked through BroBible’s three very distinct chapters as a business. Listen to it on Apple or Spotify, below.

If you’re not aware, here’s the TDLR: 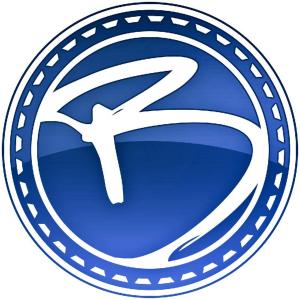 Anyone remember that logo? That’s the OG logo. In retrospect, it looks pretty fresh! I’d unironically wear that on a tee as an old man.

BroBible start-up years in NYC. Lean and scrappy. Blog like hell, build a business out of it with sponsorships and events, including shows with Pretty Lights, Chiddy Bang, etc. Crazy growth, hit our stride as a publisher by trying to be a challenger brand in the men’s lifestyle media space. Rustle the feathers of men’s mags like GQ, Maxim, and Esquire for their holier-than-thou approach to being tastemakers at the time. Start getting credited for bubbling up news by Gawker and other blog-era internet news orgs. Start the All College Lacrosse Flow team tradition.

We worked out of a closet-sized office in SoHo. Tuna fish wasn’t allowed for lunch. It smelled as bad as this picture looks:

Oh this is fun #FBF

This is what the og @BroBible office in Soho looked like way back in the day.

The rules were no tuna fish sandwiches for lunch & go to the hallway if you have to fart. also, @Heineken was an early sponsor – we had an absurd amount of Heineken always around. pic.twitter.com/jP91TdyYC4

Grew from being a regional site in the Northeast and Mid-Atlantic to a site with a national footprint. Make interesting content for the audience like The Ultimate Lax Bro II and Bert The Broker. Key moments: Ad deals with Diageo, Remington, HBO, Heineken and more, some fun celebrity interviews. Chrissy Teigen wrote a very short-lived advice column for us.

We went through three content management systems in two years, with lots of hosting issues during traffic spikes: A (bad) custom one, Drupal, and Expression Engine.

There wasn’t really a playbook at the time. We were just figuring it out as we went.

Events like NYC Wingfest, The Alpha Experience, and so many shows / tours. Book deal on a Tumblr to print concept with Simon & Schuster for My Dad Is A Bro., which later got turned into an episode of MTV True Life (lol, for real)

BroBible is acquired by a company called Woven Digital, a digital advertising company with a direct sales apparatus. Working with the Woven team, get big into the digital advertising game, especially with custom content and social media distribution channels for brands like Bud Light, Jagermeister, AXE, Electronic Arts, Miller Lite, Sony Studios, Warner Brothers, Netflix, Comedy Central, SpikeTV (RIP!) and more. Learned a lot about advertising on the Internet, made a ton of friends. Built the personal and professional network in a major way.

Move to WordPress as a CMS (finally).

Do a couple events at SXSW and elsewhere. Fold Guyism.com and BroTips into the site. Keep things relatively lean, but bring in a solid core team of bloggers so our sports and cultural coverage runs 24-7. Lots of music – so much music – as the music blog era winds down, including a very successful party mix series with Tim Gunter. Make zany and ridiculous YouTube videos like this with a bunch of really talented content creators.

(side note: Big time regret not going harder on YouTube back when it was easy to scale)

Go on some cool trips around America and the world to write about it. Interview some cultural figures I really admire and write about it. Traffic growth pops off like crazy as platforms like Facebook, Twitter, and more start to mainstream themselves for publishers like BroBible. Woven becomes UPROXX Media, most of the organizational focus shifts to UPROXX while BroBible pivots more into posting more about gear and products. Logo and site rebrand to emphasize that we’re a much more grown-up lifestyle publisher now. Move from NYC to California.

UPROXX sells to Warner Music Group, we reacquire BroBible to run as an independently owned and operated digital publisher. Gotta bet on yourself. No office, fully work-from-home company with the team all around the country. Super scrappy start-up mode again, with a brand that’s now been around for almost a decade. Add some products into the mix that we love. Blog like crazy, grow the socials like crazy, make some fun shows like Endless Hustle, bring in fresh voices to the site and generally keep on keeping on. Go back into growth mode with the audience again – to a lot of success. Hit an all-time traffic high in late 2019 of 15M monthly unique visitors.

All the while, our core audience grows up right there with us.

I’ve always thought of BroBible, in its current incarnation, as that great family restaurant your neighborhood or town that has consistently good comfort food that hits just right, exactly when you’re craving it. It’s not the flashy new player, but it delivers exactly when you need it to. Consistency, approaching problems with a level head, and always optimizing keeps the train on the tracks.

Couldn’t do any of this without you, our readers who keep the lights on and seem to dig what we do, in our own little way. If you’re reading this, we appreciate the heck out of you. Thank you for the visits and hanging out in this little corner of the Internet.

I’d love to hear from you. I’ve met some really awesome BroBible readers over the years, all absolutely stellar human beings.