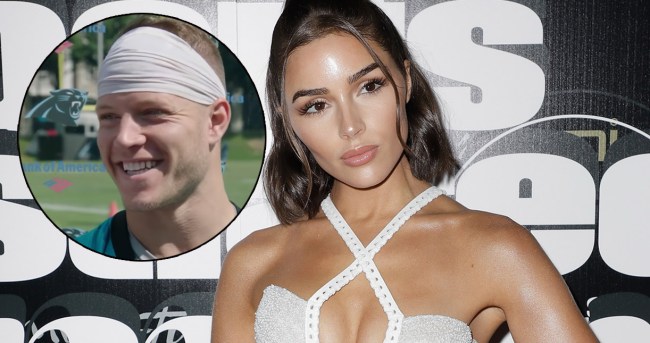 No league has more drama than the NBA, this we know. Major League Baseball has been giving it a nice go this summer, but they’re amateurs when compared to The Association. The MLB offseason is usually about as noisy as a feather blowing in the wind.

The NFL, however, has been known to give the NBA a run for its money when it comes to controversy and drama. There have been shock retirements, inspirational stories, beefs with the media, girlfriends firing back at haters, coaches getting engaged, and that’s just over the past 10 days.

One of the more entertaining dramas that has unfolded since Super Bowl LIII has been the rocky relationship between former Miss Universe Olivia Culpo and Detroit Lions wide receiver Danny Amendola.

After an ugly breakup last November, Culpo and Amendola rekindled their romance in February only to see it all implode in a fiery ball of WTF when Amendola went TMI in some Instagram posts that were so nuts even his BFF Julian Edelman told him to get off social media.

Not one to sit idly by when a former beauty queen suddenly becomes available, Carolina Panthers’ running back Christian McCaffrey struck while the iron was hot by liking Culpo’s photos on Instagram.

Is Christian McCaffrey [@run__cmc] not aware that @DannyAmendola will seriously go crazy about this?

Also earlier last month McCaffrey and Culpo started to follow each on IG when they were in LA. pic.twitter.com/KMOYcxCWld

The two began to follow each other on Instagram in April and then Culpo reciprocated the flirtation when McCaffrey posted a photo of himself and wide receiver Chris Hogan working out.

Now, with word that Amendola is reportedly saying he “self-sabotaged” his relationship with Culpo because she wanted to get married and he didn’t, McCaffrey, 23, and Culpo, 27, seem to be taking things to the next level.

After seeing photos of how Hulked-out McCaffrey is looking this offseason, I am guessing Amendola won’t be sending him any cryptic threats like he did when Zedd hung out with Culpo at Coachella.