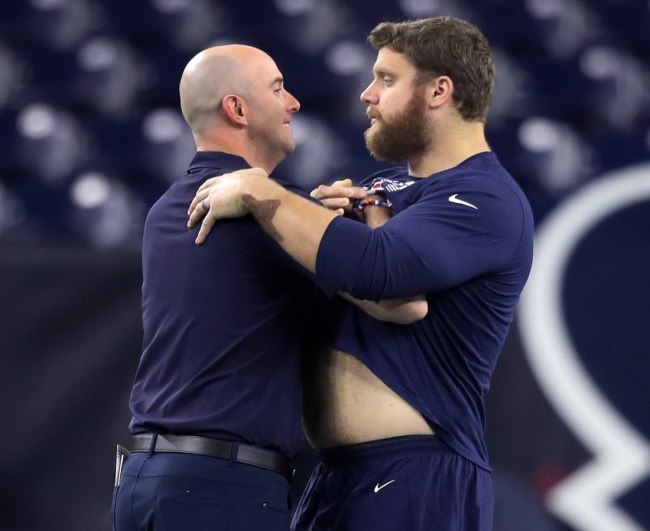 Being a member of the Houston Texans these days has sort of lost its luster. Sure, working or playing for an NFL franchise seems like the dream gig, but given all the dysfunction that’s happened with the Texans over the past year or so, there aren’t too many people proud to claim the organization as its own.

From the team trading star wideout DeAndre Hopkins last NFL offseason, to the franchise’s cornerstone, J.J. Watt, recently being released after a lost season in 2020, to superstar quarterback Deshaun Watson requesting a trade and just burying ownership, the Houston Texans are a mess — and that feels like an understatement. In fact, things are so bad that even former Texans greats are speaking out about how piss-poor the organization has been run for the past couple of decades. Yikes!

And if you’re wondering just how bad things are in Houston right now, look no further than one popular restaurant in the city, which actually has messages on tables that claim they’ll serve anybody except Texans’ President Jack Easterby. Here’s an image of the troll job against Easterby below, provided by Yahoo! Sports’ Charles Robinson on Twitter.

This is legitimately on the tables of a very popular #Houston restaurant. The #Texans…man. This is definitely a new one. pic.twitter.com/5JH6KNZhes

That’s not exactly a subtle shot, guys. And, while it’s easy to feel bad for Jack Easterby, since the guy was hired as President of the Houston Texans in 2019, he’s overseen some of the worst decisions in franchise history. While the aforementioned examples above are a small sample size, let’s not forget he also worked to overhaul the team’s roster with former head coach Bill O’Brien. And with O’Brien also acting as the general manager, the Texans wasted away pretty much every draft asset imaginable prior to the guy getting fired in the middle of the 2020 season.

Now that the NFL offseason’s here, we’ve got a serious staring contest between the Texans and Deshaun Watson, reports of the locker room supporting the quarterback over the franchise, and poor Jack Easterby unwelcome in one of Houston’s most popular restaurants. This is an all-time low if you’re a front office executive, and, sadly, it doesn’t look like things are going to get any better anytime soon for the franchise.