The Undertaker Brings Fire And Brimstone, And An Urn, To Kevin Hart’s ‘Cold As Balls’ 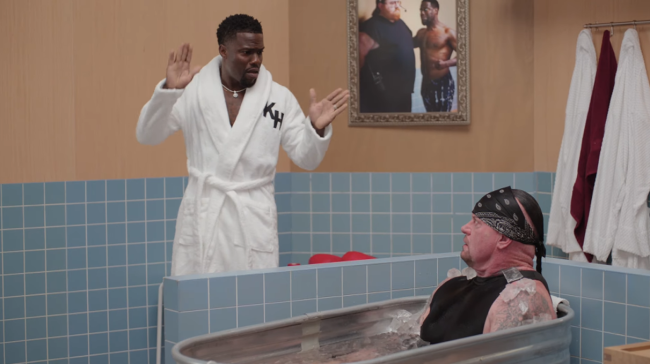 One of the greatest wrestlers in history, former WWE superstar The Undertaker, met with Kevin Hart (and his druids) this week on his interview series Cold As Balls.

The Undertaker joined an impressive list of wrestlers who have appeared on the show including Ric Flair, Lolo Jones, The Bella Twins, Nikki and Brie, Ronda Rousey, and, I guess you can count Dennis Rodman.

During his interview, The Undertaker broke out his signature WWE entrance complete with the ominous music, revealed who he would put on his Mount Rushmore of WWE stars (The Rock, Andre the Giant, Shawn Michaels, and Steve Austin), how he was told by WCW that no one would ever pay to see him wrestle, the fact that he’s had more than 17 surgeries, a memorable match he had with Hart’s buddy The Rock, his decision to finally retire, what he does these days, and how much his daughter was angry when John Cena lost to him at WrestleMania 34.

“They come back after I go backstage and she is just distraught. I am like, ‘Babe was what’s wrong?’” The Undertaker explained. “[She said] ‘I’m happy you won but I’m really sad John lost.’ It gets better. I gotta go get John. I said, ‘John, you gotta come and talk to my daughter back here. I need you, buddy.’ He was really good, though. He goes, ‘Okay. I said a lot of bad things about your dad. I deserved it. I’m okay. But you know, I did say a bunch of bad things.’”

Related: The Undertaker Buries The Wings Of Death In The Latest A+ Episode Of ‘Hot Ones’ 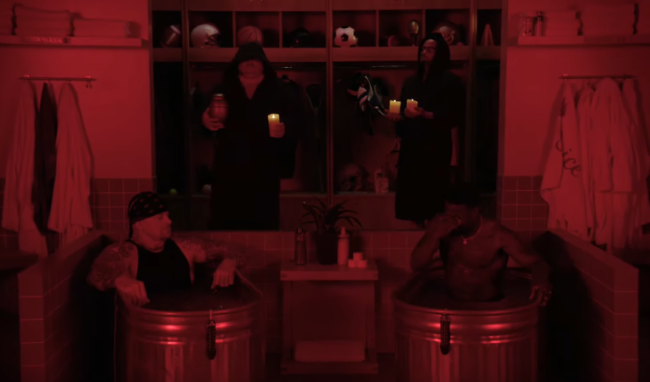 The Undertaker also took on Kevin Hart in a thumb wrestling match, eventually leading to the contents of ‘Taker’s urn being spilled on Hart by one of his assistants Bam Bam.