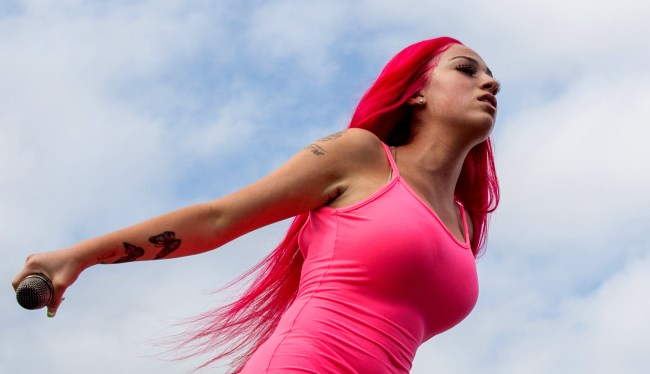 Danielle Bregoli, AKA the Cash Me Ousside Girl, AKA rapper Bhad Bhabie, is a multi-millionaire at the age of just 16, thanks to personal appearances, her tour and a $900,000 endorsement deal, a multi-million dollar record contract, a million dollar songwriting deal, a $100k advance to promote a mobile game, and a Snapchat original series which had more than 10 million unique views in the first 24 hours after it premiered.

Her rise to fame and riches can largely be attributed to social media. If Bregoli had come along in the pre-social media days she would have been long forgotten. And now she’s biting the hand that fed her by quitting social media after feeling like she’s been constantly harassed online.

Of course, if she hadn’t constantly gotten into beefs with literally thousands of people including Joe Rogan, Nicki Minaj fans, Walmart, Dr. Phil, Boynton Beach police, Hanes apparel, the entire Middle East, and the entire Black community, perhaps things could have turned out differently for her.

Over the past week, Bregoli once again caught a lot of flack online, this time after showing off her giant new butterfly leg tattoo and having to defend herself over rumors that she got plastic surgery on her face.

Apparently those criticisms were the straw that broke the camel’s back.

Writing in a now deleted Instagram post, Bregoli said, “Due to my mental health I will be taking a small break from this app. I hate to say it but y’all won! Congrats mission complete. Y’all made the lil 16 year old completely loose [sic] it! Social media has not only made me who I am but also is every reason I can’t sleep at night. Imagine being called a racist white c— very second of they [sic] day… I show off a tattoo they say I’m tryna b black… I defend myself then boom I’m labeled a racist.” 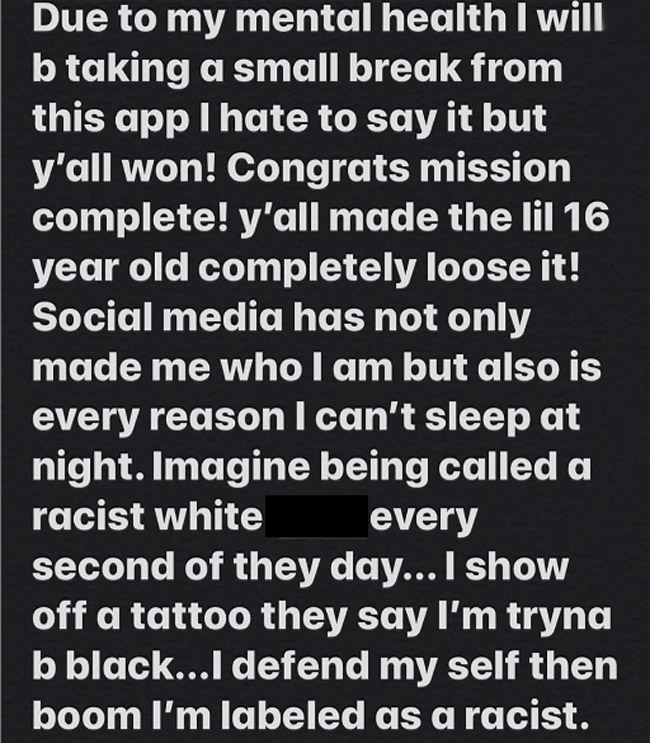 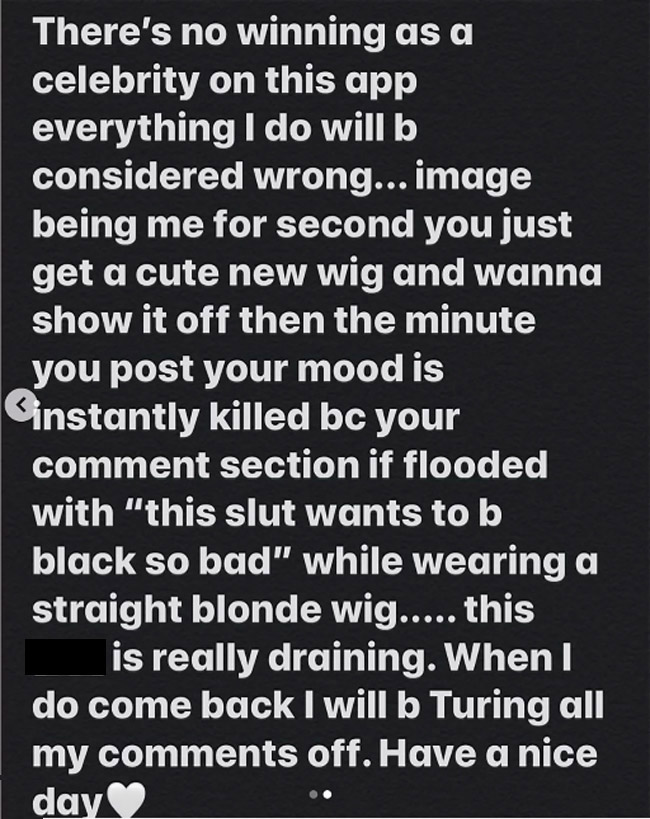 She also added in an Instagram story, “Blows me how I watch people who can’t even tell me my favorite color try to tell me about myself and who I’m f**king and why I act how I do! When will y’all learn you don’t f**king know me so stop speaking on me like you do.”

So there you have it. If you want to cash Bregoli on social media in the future (and there is no doubt she will be back on it before long), you won’t be able to drop snide comments on her accounts anymore (until she realizes how much she misses fighting with everyone on the planet).