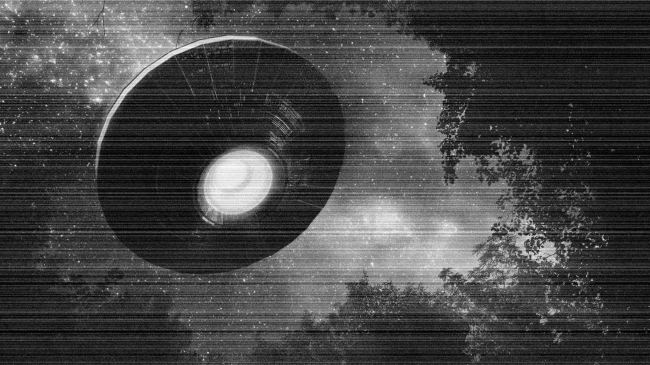 Out of all the hot spots for UFO sightings in the United States – which includes Seattle, Miami, Colorado, California, Detroit, Cleveland, Massachusetts, Florida, South Carolina, Utah, and Kentucky, Pennsylvania – North Carolina might be the most interesting.

For years now, North Carolina, and in particular its Outer Banks, has been the site of numerous mysterious UFO sightings.

In October of 2019, a strange fleet of 14 glowing UFOs was spotted and caught on camera off the coast of North Carolina.

Shortly thereafter, eyewitnesses spotted a different fleet of UFOs in the sky over Utah and North Carolina in the same day.

Now we have another unexplained sighting in the area.

Last week, a photographer, Wes Snyder, shared some time lapse images of the Milky Way he shot in September that revealed something very unexpected: a series of rotating red trails in the sky.

According to the Charlotte News-Observer…

Artist Wes Snyder is well known in the Southeast for his coastal photography — particularly images taken at night — but even he is at a loss for what the rotating red trails might be.

The lights are seen multiple times in his video — always along the horizon — and they appear to be circling something.

Snyder says the movement defies easy explanation, when taking into account the time lapse process: Each photo is taken with a 10-second exposure, with one second in between.

“I’ve caught thousands of plane trails and never have any of them looked like this, so I’m certain they are not your typical aircraft,” Snyder explained.

“I’ve caught these trails before in several other time lapses, but I have yet to figure out what kind of plane possibly has these capabilities. … Whatever they are, they have some incredible maneuverability.”

In the description of a YouTube video Snyder shared which contains the images, he wrote, “Please help me identify a plane that has the capabilities of this aircraft.”

He added that he has captured these trails before in several other time lapses, but has yet to figure out what kind of aircraft could move this way.

“Each photo is a 10 second exposure with a second in between,” he added. “You can see what normal planes look like compared to whatever are causing these trails in the video.”

His best guess, he wrote, is that the lights are part of the bombing range in Eastern North Carolina, but whatever they are, he says they have some “incredible maneuverability.”

“All I want to know is, how can I get a ride in whatever it was,” he added.