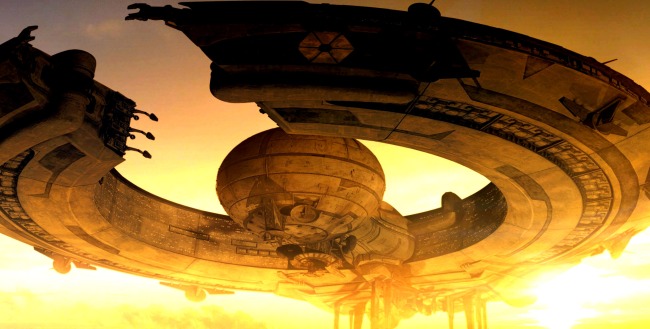 Singer Demi Lovato doubling down on her claim that she’s been communicating with aliens got me to wondering if there had been any significant UFO sightings since the last one we covered here – a Mass UFO sighting reported over Hawaii just after the new year that went unexplained by Federal Aviation Administration.

Turns out, as has steadily been the case since 2018, there have been plenty of UFO sightings, especially in the United States.

Over just the past few weeks, UFO sightings have taken place in places like Ohio, Florida, California, North Carolina, Colombia, and Thailand.

However, it was a UFO sighting over Fargo, North Dakota on January 9th that really grabbed my attention.

According to the eyewitness who took video of the UFO which appeared in the form of a glowing ring, “I finished work at 7:20 a.m. and as I sat at the stoplight I saw this glow in the fog. I took out my phone to take a video. The lights just sat there, not moving an inch.” 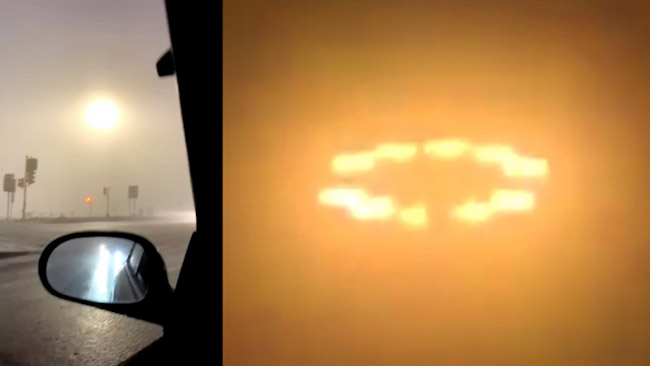 The unique sighting also caught the attention of prolific UFO and alien expert Scott Waring who discussed it on his website.

A guy was driving home from work when he saw some strange pulsating lights up ahead. The lights didn’t fly away, but were hovering in place in the fog.

From what I see when I slow down the video, there is a black thick disk at the center of these lights. So it is a UFO and it is hovering in place.

It’s possible what this person was witnessing was a close encounter with a UFO that had just landed and had aliens disembark to study the inhabitants of this small town before they woke up.

Wow, just an amazing encounter…I only wish he had stopped the car and gotten out to record more, but I’m sure fear played a part in him driving off.

Rightfully so. Just like encounters with Bigfoot, you don’t stick around to see what happens when something like this occurs.

Commenters on the video below had mixed reactions.

“Ufos create their own gravitational field, this disturbs the atmosphere causing the craft to glow,” wrote one viewer. “Think of a neon light, a high energy source in a gas atmosphere.”

Someone else noticed, “There’s something flying down on the right side of the image as you see the glowing ring come into focus!”

Meanwhile, another viewer shared his own experience, writing, “I have witnessed a cluster ball of yellow lights last year come from the East coast of Gorleston on Sea Norfolk on the horizon at first I thought it might be a star perhaps, but it was moving slowly towards me and getting larger that’s when I noticed the glowing cluster of yellow lights then I noticed there was no sound no jet engines no prop wash sound nothing as it was coming towards me, I then flashed my large torch at it a few times and stopped the object diverted to the right of me heading to the Southwest heading towards in the detection of London, it was only then I noticed a strong sound and electrical iron smell then it sounded like cracking sound of Earth cracking sounds like in Earthquakes as it was flying low over rooftops of houses, before it faded away I noticed a very small red light glowing underneath the craft it glowed on and off a few times then out before it left the area the craft slowly disappeared in to the night in to the low clouds on the horizon.”

Take a look at the video for yourself…

Naysayers tried to say that the glowing ring was merely a set of lights shining from atop a tall pole which was hidden by the fog.

After all of the evidence we’ve seen over the past few years, we all know better, right?