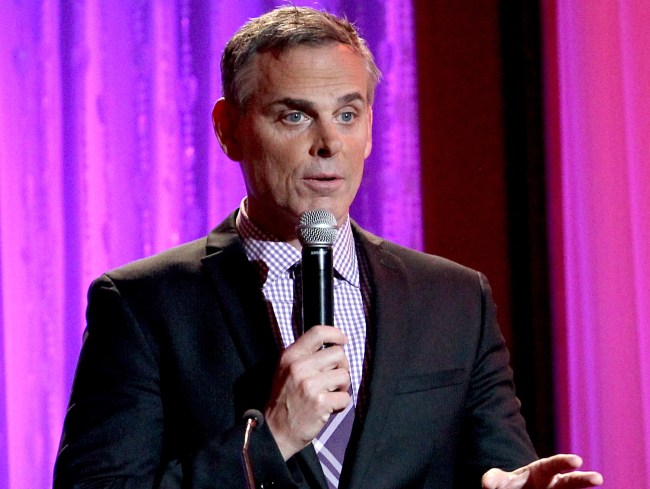 You’ve got to admire the way Colin Cowherd just loves to troll people in sports. Whether it’s ridiculing guys who wear their hats backwards — and then backtracking on the ridiculous thought — or constantly punking out Browns quarterback Baker Mayfield, the sports media personality clearly gets off on creating the hottest of takes.

With the NFL offseason officially upon us, Cowherd figured now would be a good time to list the teams he considers to be in his “Clown Club,” which, as you might expect, isn’t necessarily a category any franchise wants to be in.

So what exactly is Colin Cowherd’s “Clown Club?” There’s certain criteria, with the FS1 host describing things like power struggles in the front office, having a head coach now that’s worse than the one fired years ago (Andy Reid with the Philadelphia Eagles is an example), an unsettling quarterback situation, an “unhealthy level of arrogance” despite minimal success on the field, and, overall, a team that annually just blows it in the NFL Draft.

Congratulations to the Philadelphia Eagles…for joining the NFL Clown Club.

Now that you know the rules for being one of Cowherd’s “Clown Club” teams, how about we see the current franchises that he thinks are in that list as the NFL offseason kicks off? Talking Friday morning about this very topic, Colin Cowherd listed these eight organizations.

Now, look, every man is subject to his own opinion, but this “Clown Club” list of Colin Cowherd’s is a little bit… confusing, no?

OK, the Jags, Texans, Lions, Jets, Eagles and the Washington Football Team are all a mess, but the Browns are coming off a season in which they made the postseason for the first time since 2002, and beat a division rival in the Wild Card Game. The Bengals, meanwhile, may not have won a ton of games during the 2020 NFL season, but they have a franchise quarterback in Joe Burrow — even if there is a major question mark regarding his knee after sustaining a brutal injury during his rookie campaign.

While Cowherd preyed on the week and (mostly) obvious franchises with his “Clown Club” list, how about going bolder and including teams like the Patriots, Steelers, Cowboys and Falcons? Those teams may have leverage because of their successes over the past decade or so, but New England has no idea who their quarterback will be next season, the Steelers recently told its future Hall of Fame signal-caller to “retire or restructure” and are trapped in salary cap hell, the Cowboys are… well, the Cowboys, and the Falcons have a roster full of aging, overpaid players who still haven’t recovered from an epic Super Bowl collapse four years ago.

We could sit here all day and debate Colin Cowherd’s list here, but, bottom line is this: The NFL offseason is going to be insane — as we’ve already seen with some of the shocking trades. So, even if your favorite team already falls in Cowherd’s “Clown Club,” with one bold move, they could be replaced by another franchise depending on the decisions made over the next few months in free agency, the draft and with current personnel.